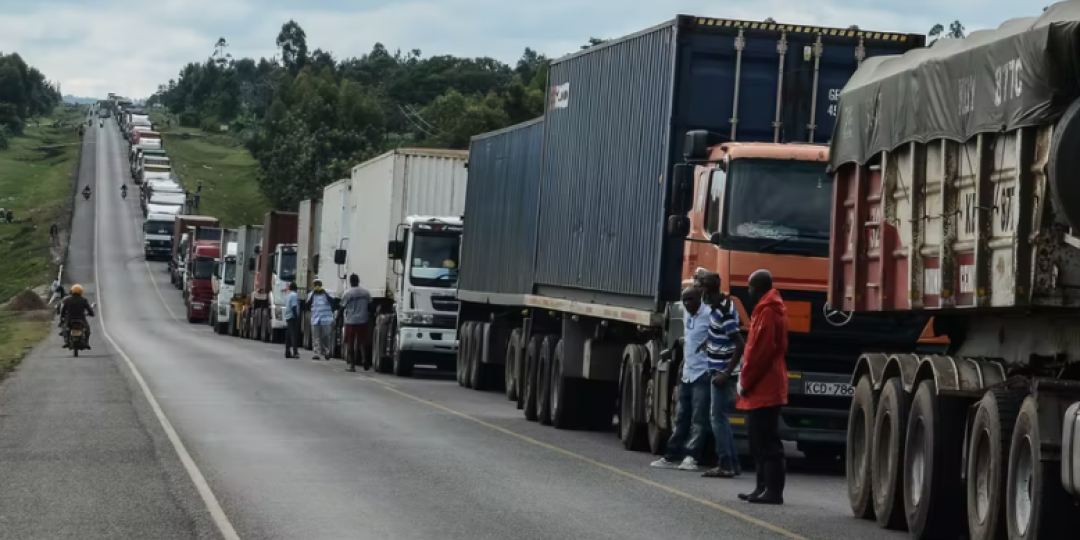 A decision by Uganda to break with border-harmonised Covid-19 protocol as set down by the East African Community (EAC), resulting in a strike by Kenyan cross-border transporters, was yesterday resolved during a ministerial meeting.

The meeting, which was also attended by two of the trade bloc’s other member states – Rwanda and South Sudan – brought to an end an impasse on the high-volume Malaba border crossing between Uganda and Kenya.

Prior to yesterday’s resolution, long-distance truck drivers heading west on Kenya’s A104 route refused to cross into Uganda because of that country’s insistence that drivers be tested for the coronavirus.

This decision, recently implemented by authorities in Kampala, was in contravention of an EAC decision that test results for the virus, uploaded on the Regional Electronic Cargo and Drivers Trucking System, be accepted by all countries within the EAC.

Apart from the cost of forcing drivers to undergo polymerase chain reaction (PCR) testing, the waiting time for results meant drivers heading into Uganda had to wait up to 72 hours at the border.

Currently, the backlog at the border is said to delay processing at the usually free-flowing crossing for at least a week.

However, it’s expected that since Kampala acceded to EAC demands that the much faster process of free antigen testing be conducted at Malaba, the pace of trucks transiting into Uganda will pick up – especially now that Kenyan transporters have called off their strike.

Yesterday’s resolution once again demonstrates the executive edge that the EAC has over peer organisations such as the Southern African Development Community (SADC).

As with Uganda, Botswana’s decision to insist on PCR tests, compared to neighbouring SADC members accepting antigen results, has played havoc with cross-border supply-chain flows in the region.

Unfortunately, without the same executive powers as the EAC, the SADC has no say in the implementation of sovereign road freight policies and decisions of its member states.

It’s one of the reasons, Mike Fitzmaurice of the Federation of East and Southern African Road Transport Associations has explained on a number of occasions, why the EAC is such a powerful trade bloc.

Because the SADC lacks similar executive say, talk of border harmonisation often starts and ends at public podiums or inside boardrooms where intra-regional trade is up for discussion.