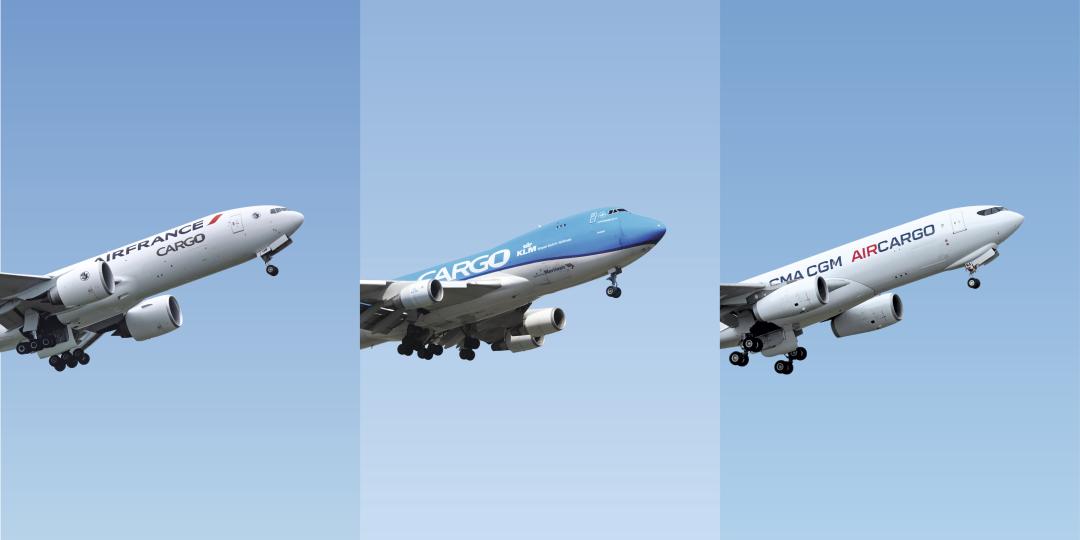 Air France-KLM Group and the CMA CGM Group have signed a long-term strategic partnership that will see both parties combining their complementary cargo networks, full freighter capacity, and dedicated services.

The agreement will leverage both partners’ respective global sales teams, presenting one voice to the customer.

“The strategic commercial partnership is expected to generate significant revenue synergies, including the joint design of the full freighter networks,” says Rodolphe Saadé, chairman and CEO of the CMA CGM Group.

As part of this long-term exclusive partnership, CMA CGM will become a new reference shareholder in Air France-KLM. “CMA CGM has the firm intention to take up to 9% of Air France-KLM’s ex-post share capital, for a period consistent with the implementation of the strategic commercial partnership,” says Saadé.

“This strategic partnership allows us to significantly accelerate the development of our air division, CMA CGM Air Cargo, which was created just over a year ago. This partnership is fully in line with CMA CGM's strategy and its ambition to become a leader in integrated logistics,” says Saadé.

And for Air France-KLM, Group CEO Benjamin Smith says: “This strategic partnership leverages the complementary skills, expertise and activities of Air France-KLM and CMA CGM. It is a landmark step which will significantly strengthen and expand the Group’s position in the air cargo industry.

“I am also extremely pleased that this commercial partnership with CMA CGM has resulted in their decision to invest directly in the Air France-KLM Group, demonstrating a strong testimony of their belief in the future success of our Group.”

This deal remains subject to approval by the relevant regulators and consultation of employee representatives.