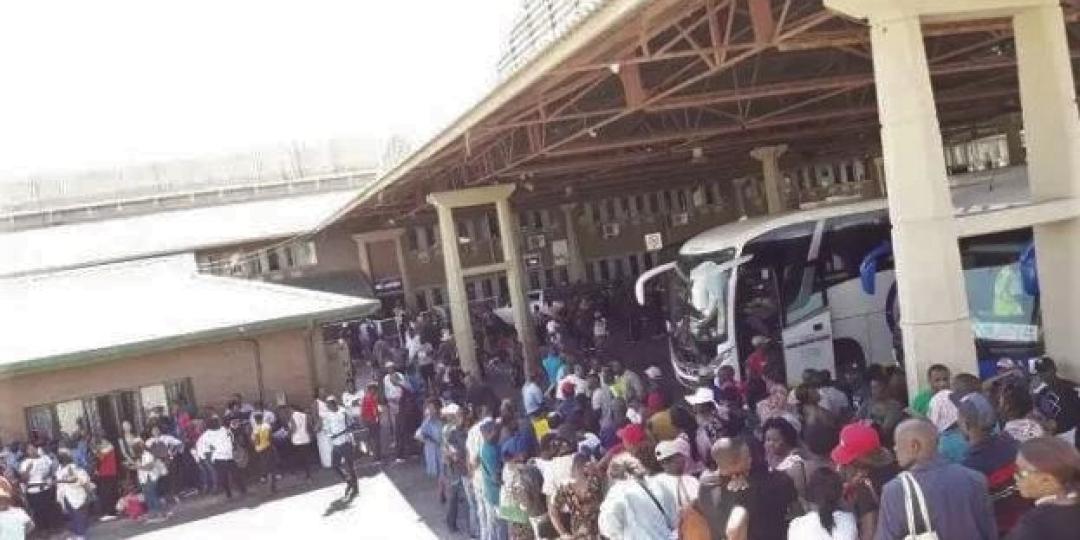 Pedestrian congestion at Beitbridge could be alleviated if two additional borders between Zimbabwe and South Africa are opened. Source: Harare Live
0 Comments

Zimbabwe’s Department of Immigration has reinvigorated talks around formalising two separate borders almost equidistant on either side of Beitbridge, South Africa’s only current crossing with its northern neighbour.

The one border, Shashe, is situated about 120 kilometres west of Beitbridge, north of South Africa’s Mapangubwe National Park, and is informally in use for seasonal tourism occasions such as the Tour de Tuli and the Wildrun.

Its status since 2007 as an ad hoc transit point for mostly pedestrian traffic is now being considered for formalisation.

The same goes for Tshituripasi some 125 kilometres east of Beitbridge.

According to reports Shashe already has a road and housing for immigration officials to manage a border close to South Africa’s Pont Drift Border Post with Botswana.

At Tshituripasi rudimentary capacity is also said to be already established, with a road allowing access to an area that could be developed for housing.

However, both sites were earmarked for additional border crossings, especially as pedestrian alternatives to Beitbridge, more than a decade ago.

Therein lies the rub, the contention among detractors being that if it hasn’t by now, it probably never will.

Nevertheless, on a recent visit by parliamentarians to Beitbridge, a new appeal for formalising Shashe and Tshituripasi as border posts into South Africa was made by Zimbabwe’s assistant regional immigration officer-in-charge, Nqobile Ncube.

Illegal crossings of the Limpopo border were a serious concern, he said, with significant taxation revenue lost due to people crossing the river on either side of Beitbridge being the norm.

He added that people living on the flanking regions on either side of Beitbridge could not be blamed for coming and going as they pleased.

Why should they have to travel to one single crossing between Zimbabwe and South Africa to cross the border when all they have to do is walk across the river, Ncube said.