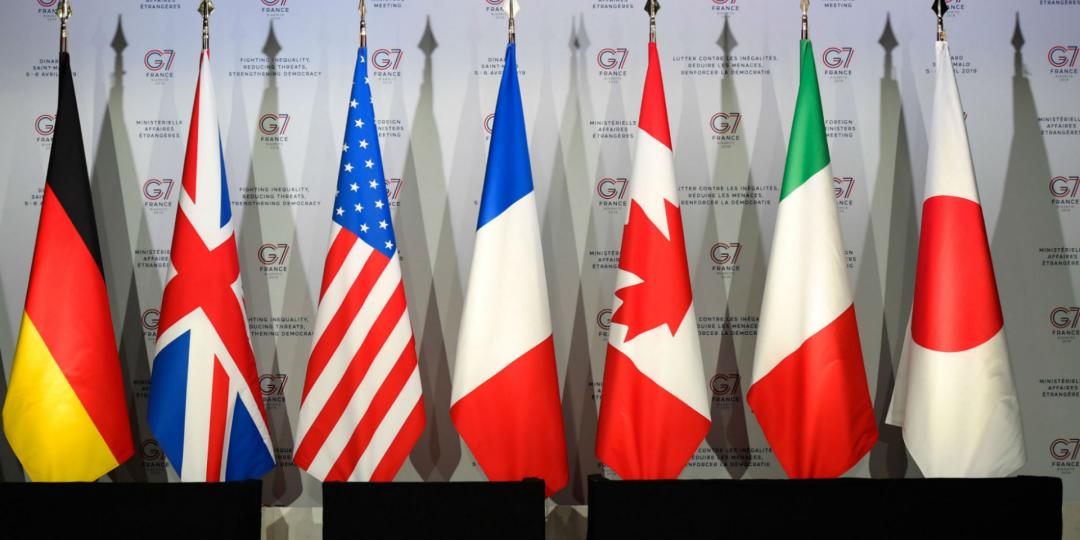 Leaders of the Group of 7 nations have pledged to ban or phase out Russian oil imports as the country continues with its invasion of Ukraine. Leaders of the G7 countries - France, Canada, Germany, Italy, Japan, Britain and the United States - made the promise during a virtual meeting with President Volodymyr Zelensky on Sunday during which they condemned the war.

The group said in a statement that it had been “honoured” to be joined by Zelensky and that its plans for the ban would be carried out in a “timely and orderly fashion, and in ways that provide time for the world to secure alternative supplies”.

“We assured him of our full solidarity and support for Ukraine’s courageous defence of its sovereignty and territorial integrity, and its fight for a peaceful, prosperous and democratic future,” the group said.

During the meeting, Zelensky underlined the strong resolve of Ukraine to protect its sovereignty and territorial integrity. He said Ukraine’s ultimate aim was to ensure full withdrawal of Russia’s military forces and equipment. Ukraine emphasised that it relied on its international partners, in particular on G7 members, to provide assistance with defence capabilities, to ensure a swift and effective recovery of Ukraine’s economy, and to secure its economic and energy security.

“Ukraine has entered into discussions with international partners on security mechanisms for a viable post-war peace settlement. Ukraine remains committed to working closely with G7 members to support Ukraine’s macroeconomic stability in the face of the challenges posed by the full-scale Russian invasion,” the group said.

Zelensky also noted his country’s commitment to upholding democratic values and principles, including respect for human rights and the rule of law.  “We, the G7, reassured President Zelensky of our continued readiness to undertake further commitments to help Ukraine secure its free and democratic future. We will pursue our ongoing military and defence assistance to the Ukrainian Armed Forces, continue supporting Ukraine in defending its networks against cyber incidents, and expand our cooperation, including on information security. We will continue to support Ukraine in increasing its economic and energy security,” the group said.

The G7 condemned Russia’s attempts to replace “democratically elected Ukrainian local authorities with illegitimate ones”, saying that it would “spare no effort” to hold Putin and his accomplices, including the Lukashenko regime in Belarus, accountable for their actions in accordance with international law.

“We will not recognise these acts in violation of Ukraine’s sovereignty and territorial integrity,” the group said.

It “collectively” committed to taking measures against Russia.

“We commit to phase out our dependency on Russian energy, including by phasing out or banning the import of Russian oil. We will ensure that we do so in a timely and orderly fashion, and in ways that provide time for the world to secure alternative supplies. We will work together and with our partners to ensure stable and sustainable global energy supplies and affordable prices for consumers, including by accelerating reduction of our overall reliance on fossil fuels and our transition to clean energy in accordance with our climate objectives,” the group said.

“We will take measures to prohibit or otherwise prevent the provision of key services on which Russia depends. This will reinforce Russia’s isolation across all sectors of its economy. We have already severely impaired Russia’s ability to finance its war of aggression by targeting its Central Bank and its largest financial institutions,” the group said.

It also pledged to “elevate” its campaign against financial elites and family members who support Putin in his war effort.

“Consistent with our national authorities, we will impose sanctions on additional individuals. We continue to work with our international partners and invite them to stand with us and to follow suit with similar actions,” the group said.

“President Putin’s war is causing global economic disruptions, impacting the security of global energy supply, fertiliser and food provision, and the functioning of global supply chains in general. The most vulnerable countries are affected most severely. Together with partners globally, we are stepping up our efforts to counter these adverse and harmful impacts of this war.”