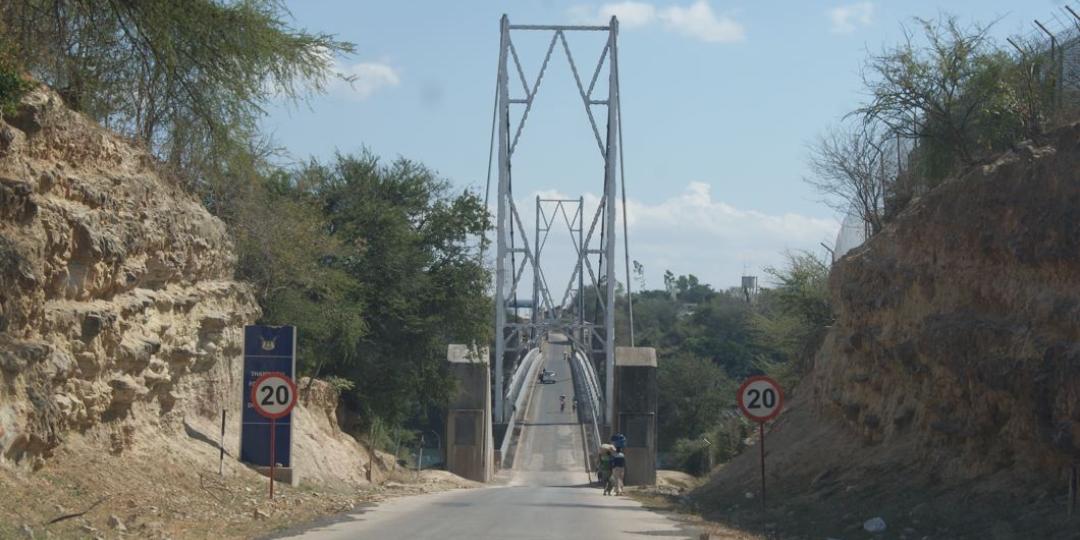 The bridge across the Zambezi at Chirundu, once a one-stop border post and one of Africa's best Customs areas, has become one of the region's worst crossings.
0 Comments

Thirty-eight truck drivers were robbed in their cabs over the weekend with at least one of them held up at gun point as capacity constraints experienced at the Chirundu crossing on the Zambia-Zimbabwe border continue to compromise the safety of hauliers.

Slow processing by the Zimbabwe Revenue Authority (Zimra) has for some time caused congestion south of the border, routinely leading to a queue of around 10 kilometres or more.

But over the weekend the queue grew to 27 kilometres, stretching into Hurungwe Safari Area where drivers had to sleep in their trucks as they waited to proceed north.

It led to a sitting-duck situation with criminals preying on drivers forced to camp in their cabins in a nature reserve with no access to amenities.

In an attempt to unblock the clogged-up truck traffic, Zambian Customs started bringing trucks through, parking them in designated areas and assisting with the screening of drivers for Covid-19.

Recently Mike Fitzmaurice, CEO of the Federation of East and Southern African Road Transport Associations (Fesarta), told Freight News that a major cause of delays south of the border was Zimra officials getting pulled out of the immediate Customs area to help test drivers further down the line, “as opposed to keeping them where they’re most needed – in the control zone”.

This morning Zambia’s efforts appeared to have substantially helped to process the backlog as the queue had shrunk to less than seven kilometres.

Fitzmaurice applauded the intervention saying not only had it helped to clear up congestion, but it was also safer for drivers in the built-up area north of the border.

Congestion at the Chirundu border could also be linked to the extreme slowing of throughput experienced at the Port of Durban, causing freight inefficiencies to ripple out north on the line into the Copperbelt, Fitzmaurice said.

Because of mounting delays experienced in Durban, transporters and shippers are increasingly diverting cargo away from the north-south corridor to the Port of Beira.

In the meantime Transnet, routinely castigated by the logistics industry for the parlous state of Durban’s port access and the attenuating effect it’s having on the port’s ability to cope, last week told a Transport Forum gathering that they were doing everything in their power to resolve long-standing issues experienced at the port.

Two of its executives, Siyabulela Mhlaluka of Transnet Port Terminals (TPT) and Moshe Motlohi of Transnet National Ports Authority (TNPA), tried their level best to rebuild some of the faith in the port’s ability, eroded by several years of corruption and chaos-causing congestion.

Harbour Carriers’ chair Sue Moodley reportedly told the officials that what they were saying and what was happening were two different things.

Fitzmaurice confirmed that what was happening on the ground was also different from the view that TPT and TNPA were managing to clear up congestion.

“We’re really struggling with Transnet. We’re regularly following up with the South African Association of Freight Forwarders (Saaff) but what we’ve heard is that processes are very slow and no new cargo is being loaded. Instead they’re moving cargo into warehouses.”

Fitzmaurice said the last time he had heard there were around 42 ships anchored at sea, waiting to get berthing slots.

And as Durban dilly dallies, Beira is increasing its throughput.

If Covid-19 screening is speeded up at Forbes on the Zim-Mozambique border, with resulting build-up easing at Chirundu, volume at the Port of Beira is expected to gain further momentum.

It would be in keeping with the predictions of Jan de Vries, chief executive of concessionaire company Cornelder de Moçambique, who told freight execs in South Africa earlier this year that it was Beira’s intention to give Durban a run for its money.