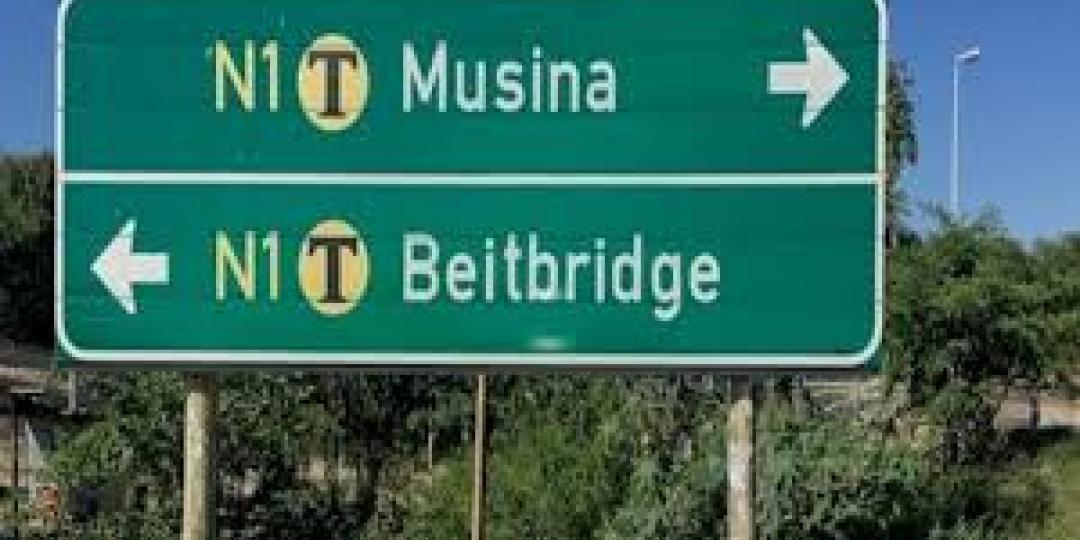 Tempers between cross-border truck drivers south of the Beitbridge Border Post between South Africa and Zimbabwe are again flaring, with video footage recorded over the weekend showing irate people milling around a rig that was presumably stopped because of queue-jumping.

Not for the first time has the ‘privileged treatment’ of certain drivers stuck in backlogged traffic resulted in volatile scenes between those willing to wait and those palming off an ‘escorting fee’ to corrupt traffic officers on the N1 north of Musina.

Nor is it the first time that slow northbound processing at the regularly congested crossing has resulted in trucks heading north queuing two, sometimes three lanes abreast – the illegality of this notwithstanding.

“Law enforcement authorities are supposed to manage traffic but they don’t. They use it for bribery by pulling trucks out of the queue and escorting drivers to the border – not for free.

“It leads to other drivers protesting by blocking the road. It’s just a chaotic situation.”

South African traffic officials who are trying to do something about what appears to be a hopeless situation are only treating the symptoms of a bad situation.

At best, explained Fitzmaurice, throughput on the Zim side of the Limpopo should be speeded up.

But clearing agents refuse to work overtime, runners carrying documents back and forth follow suit, and Zimbabwean drivers would rather sleep over south of the border, crossing over with stamped papers first thing in the morning to maximise the three-day period they have to transit through their own country.

As a result, because of the slow churn, truck traffic heading north builds and builds, with truck parks overflowing, amenities (the few there are) stretched to the max, and driver tension rising as more rigs line up.

With an arrival rate far exceeding throughput figures, the infamous transit is again resembling the chaos experienced last Christmas when congestion at the border led to loss of life.

Sadly, bottlenecking at Beitbridge is nothing new, in name becoming synonymous with the “gritting of teeth” by transporters.

Ask whether many of the issues have been addressed by the relevant public sector authorities, and the answer is “no!”

Not by the Department of Home Affairs (DHA), the Border Management Authority which falls under the DHA, or the Cross-Border Road Transport Agency.

And that’s just on the South African side.

“North of the border,” said Fitizmaurice, “I don’t think there’s anything Zimra (Zimbabwe Revenue Authority) can do. They can’t force clearing agents to work overtime to speed things up.”

As for other regulatory authorities on the Zim side, such as the Environmental Management Authority, it’s been claimed that they all work independently of each other, further fraying the seams of already patchwork processing.