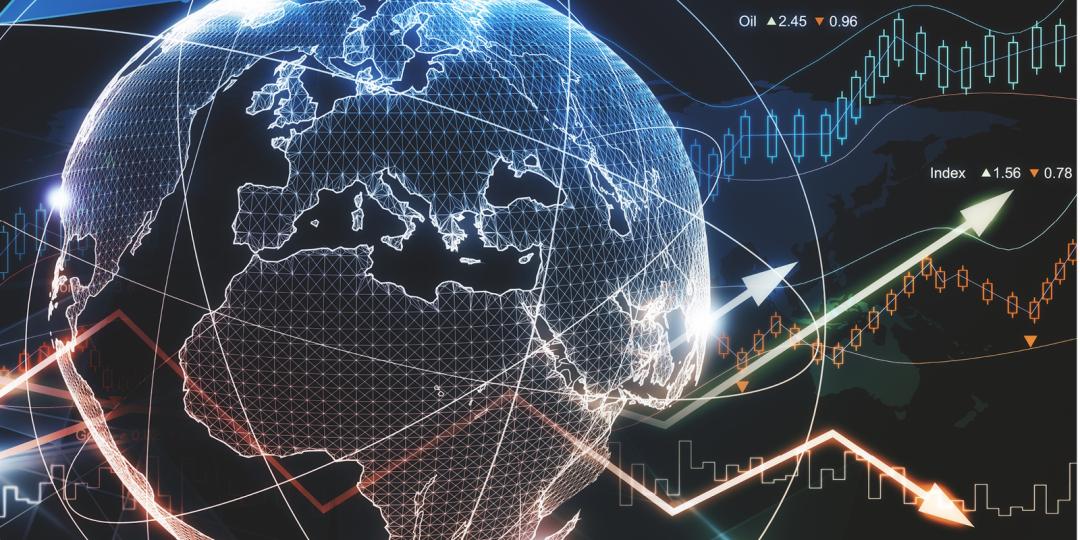 These were among the key findings of the WEF’s quarterly Chief Economists Outlook, released on Monday at the organisation’s annual meeting which runs in Davos from May 22-26.

Reversing previous expectations of recovery, the majority of respondents to the latest WEF survey said they expected only a moderate economic outlook in the United States, China, Latin America, South Asia and Pacific, East Asia, sub-Saharan Africa, and the Middle East and North Africa in 2022. In Europe, the majority expect the economic outlook to be weak.

The choices of business and government are expected to lead to greater fragmentation in the global economy and unprecedented shifts in supply chains, creating a perfect storm of volatility and uncertainty. These patterns are expected to create further difficult trade-offs and choices for policymakers and – without greater coordination – shocking human costs, the report found.

“We are at the cusp of a vicious cycle that could impact societies for years. The pandemic and war in Ukraine have fragmented the global economy and created far-reaching consequences that risk wiping out the gains of the last 30 years,” WEF managing director Saadia Zahidi said.

“Leaders face difficult choices and trade-offs domestically when it comes to debt, inflation and investment. Yet business and government leaders must also recognise the absolute necessity of global cooperation to prevent economic misery and hunger for millions around the world. The World Economic Forum’s Annual Meeting this week will provide a starting point for such collaboration,” Zahidi said.

The war in Ukraine, continued surges of Covid-19 variants, and associated supply shocks are impacting expectations on inflation. The majority of chief economists surveyed by the Forum expect high or very high inflation in 2022 in all markets except China and East Asia – with 96% expecting high or very high inflation in the US, 92% for Europe, and 86% for Latin America. In parallel, two-thirds of chief economists expect that average real wages will decline in the near term in advanced economies, while one-third are uncertain. Ninety percent of those surveyed expect average real wages to fall across low-income economies.

With wheat prices expected to increase by more than 40% this year and prices for vegetable oils, cereals and meat at all-time highs, the war in Ukraine is exacerbating global hunger and a cost-of-living crisis.

Over the next three years, chief economists expect food insecurity to be most severe in sub-Saharan Africa, the Middle East and North Africa. At the current trajectory, the world is on track for the worst food crisis in recent history, compounded by the additional pressure of high energy prices, the report reveals.

These expert predictions are echoed in the experience of the public. A recent 11-country survey, conducted by Ipsos with the WEF, revealed high levels of public economic pessimism in the face of a cost-of-living crisis. Twenty-five percent of the public say they are finding it quite or very difficult to manage financially, ranging between two-thirds of Turkish citizens and 16% of those in the US and Germany. The largest group (34%) say they are “just about getting by”. Only 11% say they are living comfortably, while three in ten (29%) feel they are doing alright.

Expectations of price rises are also widespread across all 11 countries – almost four in five people expect the cost of their food shopping to increase, while three-quarters expect rises in utility bills such as gas and electricity. For most countries, a rise in food prices is the area households say would have the biggest impact on their quality of life. This is the case for the US, Canada, Italy, Japan, Australia, Poland and Turkey. In the remaining four countries (Britain, Italy, Germany and Spain) an increase in utility bills would have the biggest effect, the survey found.

The World Bank is expecting energy prices to rise by more than 50% in 2022, before easing in 2023-24, leaving policymakers with the need to balance the risks of energy insecurity against the transition to greener energy. Most chief economists surveyed expect policymakers to try to tackle both challenges simultaneously. However, a clear majority of respondents expect a prioritisation of energy security based on carbon-intensive sources rather than greener sources across all regions except Europe and China.