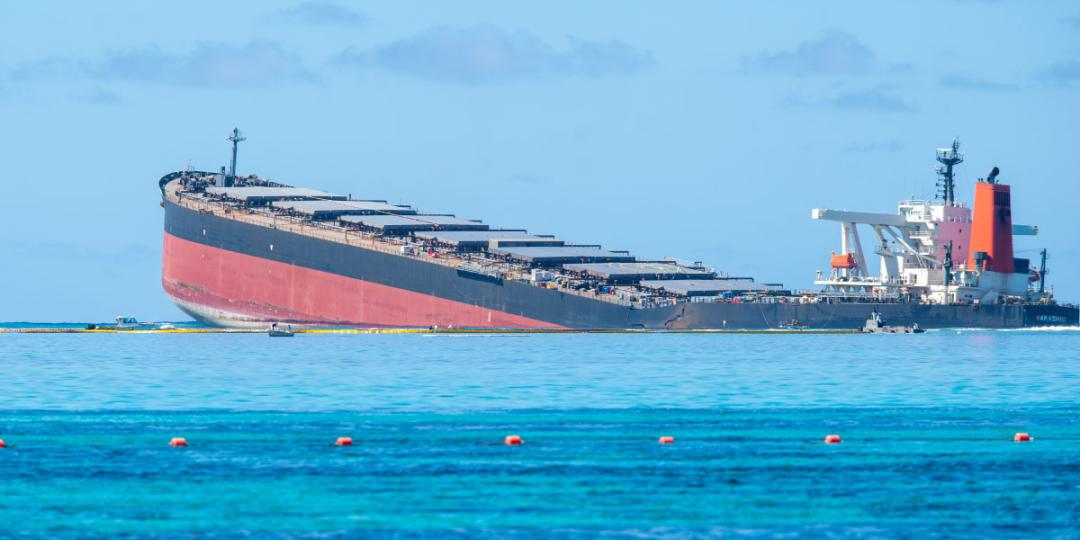 The Wakashio, a Panamanian-flagged vessel, wrecked off the coast of Mauritius.
0 Comments

The total losses at sea of vessels carrying a gross tonnage of more than 100 tonnes decreased by 57% over the last ten-year period, representing the steepest decline of its kind in recorded history, German financial service provider Allianz Global Corporate & Speciality (AGCS) has found.

This is despite an environment that had become heavily competitive, unpredictable and prone to disruption, even before the coronavirus outbreak at the beginning of 2020.

In its Safety & Shipping Review 2022, Allianz sums up sea freight as a sector that continues “its long-term positive safety trend over the past year”.

However, Russia’s invasion of Ukraine, the growing number of costly issues involving larger vessels, crew and port congestion challenges resulting from the shipping boom, and managing challenging decarbonisation targets, means there is no room for complacency.

Said the global head for Marine Risk Consulting at AGCS, Captain Rahl Khanna: “The shipping sector has demonstrated tremendous resilience through stormy seas in recent years, as evidenced by the boom we see in several parts of the industry today.”

Taking a closer look at figures, he emphasised that “total losses are at record lows – around 50 to 75 a year over the last four years compared with 200+ annually in the 1990s”.

More precisely, last year 54 total losses were reported, comparing well with the 65 a year earlier. In the 1990s, these figures were at least four times higher.

The Review furthermore highlights that “the 2021 loss total is made more impressive by the fact that there are an estimated 130 000 ships in the global fleet today, compared with some 80 000 (vessels) 30 years ago.

“Such progress reflects the increased focus on safety measures over time through training and safety programmes, improved ship design, technology and regulation,” the Review says.

Challenges remained though, Khanna pointed out.

“The tragic situation in Ukraine has caused widespread disruption in the Black Sea and elsewhere, exacerbating ongoing supply chain, port congestion, and crew crisis issues caused by the Covid-19 pandemic.

“At the same time, some of the industry’s responses to the shipping boom, such as changing the use of, or extending the working life of vessels also raise warning flags.

“Meanwhile, the increasing number of problems posed by large vessels, such as fires, groundings and complex salvage operations, continue to challenge shipowners and their crews.”