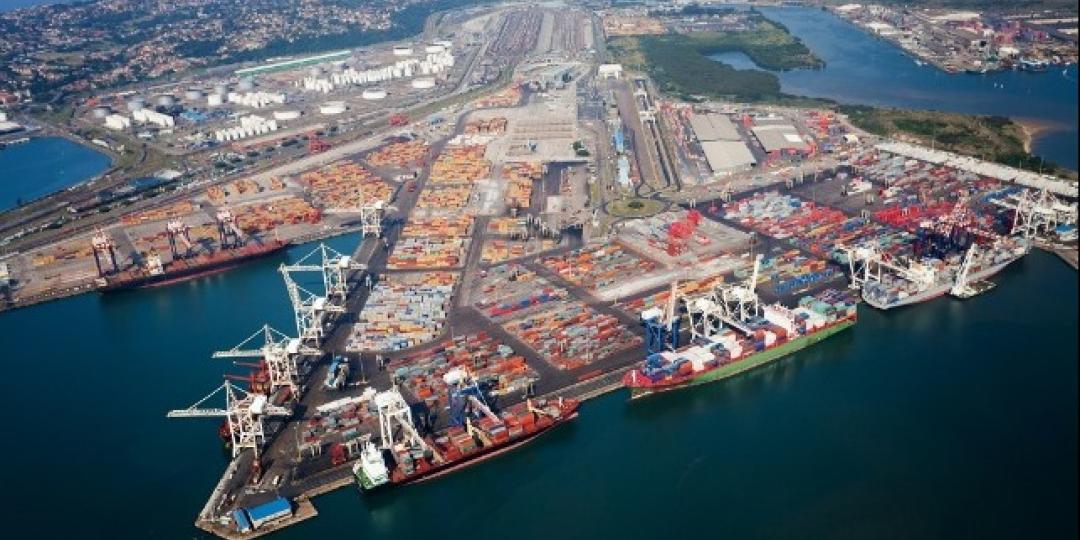 The Port of Durban.
0 Comments

President Cyril Ramaphosa has welcomed the progress made at the Durban port following reports of congestion and backlog problems.

Addressing media during a tour of inspection yesterday, President Ramaphosa said he had met with the local business people who had raised concerns about the port’s inefficiencies.

“They were complaining that their goods were not travelling as quickly as they should, and they were losing money, and the waiting period was quite long. We took this to heart and… the minister of public enterprises and I, together with the [KwaZulu-Natal] Premier, met with the business people.”

The President said he was “hugely impressed” with the plans that Transnet had since put into place and the efforts made to address the concerns raised by the private sector.

Meanwhile, the head of State has thrown his weight behind Transnet CEO, Portia Derby, who is working with executives and the board to deal with challenges at the parastatal.

“What is more pleasing is that they’re making plans for the future,” said the President.

Meanwhile, he announced that the State-owned entity, which is responsible for managing and governing South Africa's major seaports, was already planning for 2032.

This strategy, which requires R100 billion in investment, will create up to 180 000 jobs.

“The plans fit in very well with the reforms that we’ve been talking about, which we want to… impact how our ports function. Transnet, as far as I’m concerned, has turned the corner.

“It’s under good management [now] and corporate governance through the board, and it’s working with various stakeholders to advance our District Development Model, working with the province, together with the municipality,” said the President.

He added that they had identified areas that needed improvement in order to expand the footprint of the port.

“I walk away from my visit here at Durban port extremely encouraged and elated, and the inspiration that the plans and the vision that we’ve put out as the country fit in very well.”

President Ramaphosa described the port as a national asset, which was important in the economic architecture of the country.

“We want it to function. When Durban port doesn’t function, it has a negative impact on trade and commerce in the whole nation, and it is therefore important that it should [function well].”

The President believes that port management will be able to implement its turnaround strategy.

He said he had no doubt that the port would be a success story.

“We’re very pleased with the way it’s going. I walk away from here a happy man.”

Meanwhile, President Ramaphosa shot down talks that Transnet would be privatised after South African Transport and Allied Workers’ Union (Satawu) members protested outside the parastatal.

He assured workers that Transnet remained a State-owned enterprise.

“We’re not privatising it,” he stressed, saying the port had attracted significant investment.

The entity will continue to bring in partners and work with them as it is currently doing.

“We need to draw a great benefit from the private sector that can bring in money and technology. The way Transnet has been strengthened, now we believe that we’re in a much stronger position to be able to work with other partners from a position of strength.

“Workers need not fear for the loss of their jobs,” he said. – SAnews.gov.za