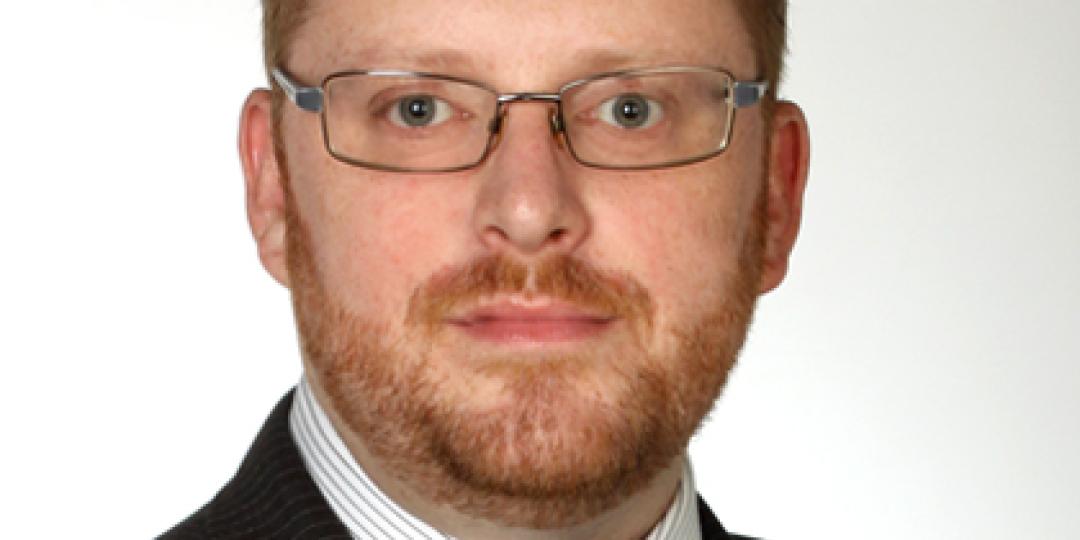 With container spot rates far exceeding all past records in most trades, container carriers and their pricing behaviour is coming under increased scrutiny, and the carriers are increasingly being accused of price gouging.

The term “price gouging” is traditionally applied to consumer pricing, not B2B-pricing, and in most legal jurisdictions, such as the US with price gouging laws, such laws are usually only applied during civil emergencies or when a company is seen to misuse a dominant market position, and often such laws are applied to price increases of more than 10-15% during a civil emergency, CEO of maritime consultancy, Sea-Intelligence, Alan Murphy, explains.

“Container shipping spot rates are generally very volatile, and week-on-week spot rate increases of more than 15% are quite common,” says Murphy. “Perhaps surprisingly, the week-on-week price changes over the past six months are nowhere out of the norm, and far below the increases seen during the market crash of 2015-2016, where massive rate increases were pushed through, only to be eroded in a matter of a few weeks. But what is different this time,” says Murphy, “is that the spot rate increases started at a higher base, and have been expanded over several weeks, rather than see the traditional erosion.”

As container shipping is a pure B2B industry, and as the current spot rate increases are not necessarily out of the norm, a clear legal case for price gouging would likely be difficult, in Murphy’s view, at least in a US context. “But we are not legal experts, and some regulators could take a more direct approach, given the pandemic and the protections enjoyed by carriers.” 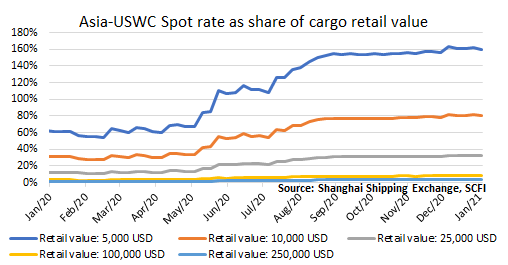 Murphy believes that it is however clear that carriers, in their pricing behaviour, have prioritised short-term profitability over customer relationships. “For shippers with low-value commodities, the development is nothing short of a disaster, as they are effectively being priced out of the market.

The bottom line is that carriers had a clear choice, he adds. “Capitalise on a sub-group of shippers with high willingness to pay, and hence drastically improve short-term profitability, or maintain somewhat more stable prices, benefiting low-value shippers as well, but in the process forego the largest price boom in recent history. This also means that there is a large intangible price to be paid by the carriers, as the current approach has severely strained many customer relationships.”