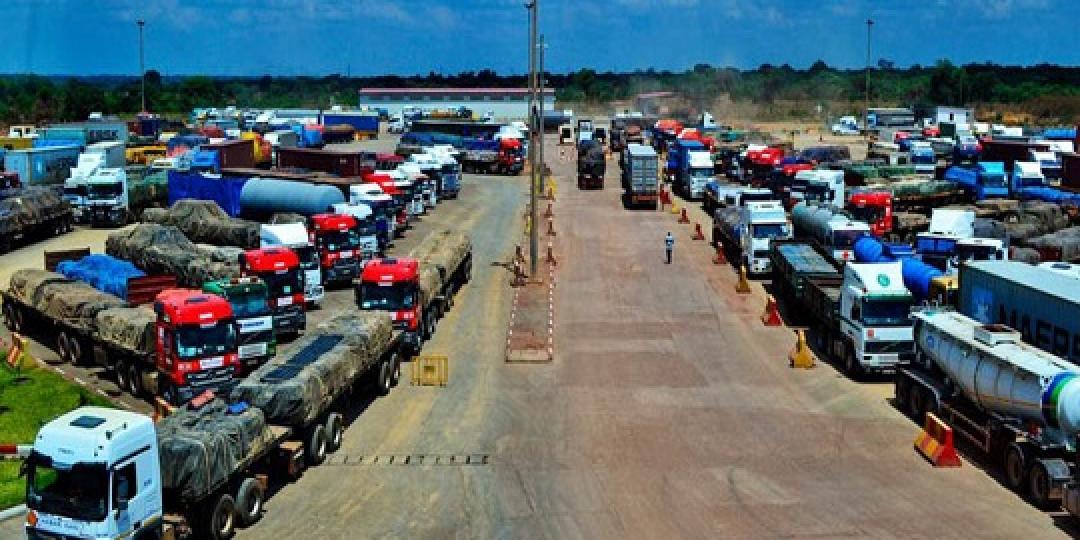 Cross-border cargo carriers heading into the Democratic Republic of the Congo (DRC) were this morning backing up some 60 kilometres south of the conventional crossing of Kasumbalesa after road works in Zambia put paid to using an alternative border post.

The border south of Sakania further east of Kasumbalesa had successfully managed to alleviate some congestion experienced at the perennially blocked-up border.

But long-overdue upgrading of the road from Ndola to the Sakania border meant that Zambian traffic officials had started diverting traffic away from the border since late last week.

“The border is not closed,” one long-distance haulier said. “We just can’t get there.”

Unsurprisingly, the north-bound queue to Kasumbalesa is now back to where it was in recent times, somewhere south of Chingola, about 44 kilometres from the border.

With snail-pace processing being what it is at Kasumbalesa, the driver could sit for days in his cabin, waiting to get through one of the most chaotic customs choke points in Africa.

The transporter in question said industry appreciated that traffic heading toward Sakania was being rerouted without Zambia charging any related fees.

However, he reiterated once again what so many long-distance hauliers using Kasumbalesa have said: that operators complying with pre-cleared cargo documentation should not have to sit in the queue.

Essentially, it is felt that transporters adhering to measures that could possibly increase flow through the border should have the benefit of streamlined customs processing – a point underscored by a high-level bilateral meeting on June 10.

If there were two key points that were highlighted at the public-sector meeting in Chingola attended by government ministers and customs executives from Zambia and the DRC, it was the following:

Implementing these measures, though, are easier said than done. Turning the Kasumbalesa border into a round-the-clock transit is a complex issue for the DRC, especially because its customs staff live in Lubumbashi, almost 100 kilometres to the north-east.

Implementing some sort of a pre-cleared doc checking system is decidedly much less complex, and it has become the source of speculation why this hasn’t been done yet.

Said the transporter from South Africa: “It’s because there is money to be made by forcing truckers to park and wait at Kasumbalesa.”

It’s not the first time frustrated operators hauling cargo in and out of the Copperbelt have accused authorities for profiteering from poorly run borders.

Clearly, if Zambia and the DRC want to change the perception that they’re guilty of racketeering, they will have to enforce what was unanimously agreed to at Chingola – that they were there to facilitate trade.

“For the time being, though, it’s back to ‘business’ as usual,” said one transporter, “making us pay to use a border that’s been a mess for months.”