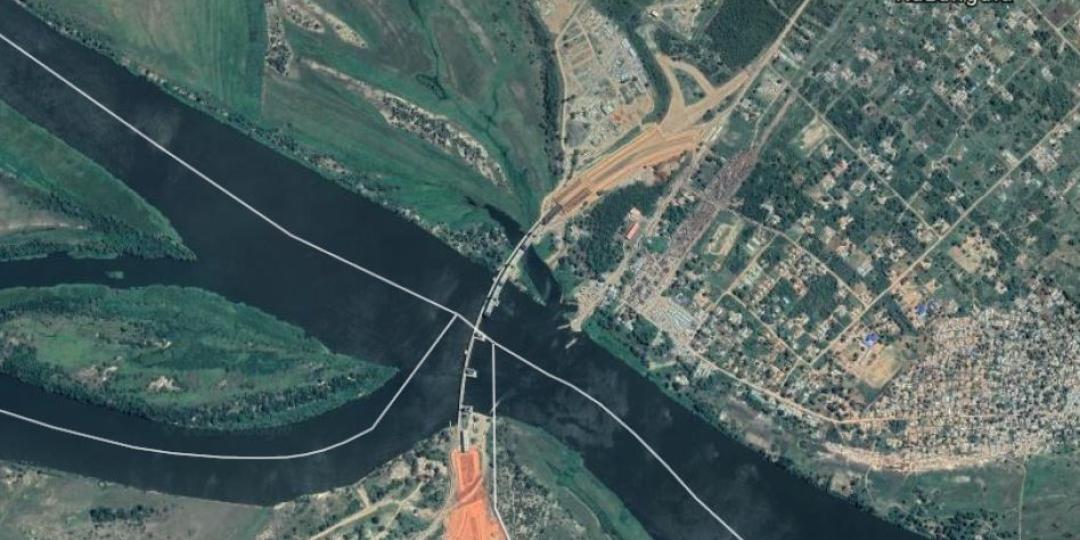 The confluence of the Chobe and Zambezi rivers where the Kazungula Bridge will create an important linkage between Zambia and Botswana.
0 Comments

Time will tell whether 2020 will finally see the opening of the much-vaunted Kazangula Bridge, a $259.3-million linkage project launched in September 2014 that is well past its initial finalisation set down for 2018.

The project, which sees the construction of a 923 metre-long bridge between Zambia and Botswana where Zimbabwe and Namibia closes in from the east and west, will complete a crucial logistical linkage, unlocking manifold opportunities for freight in and out of the copper belt.

But in 2018 Zambia’s alleged loan repayment issues brought the project to a halt, with the bridge’s approach points metres away from connecting.

Now, with Zambia having overcome its contractual obligation issues, the country has expressed its optimism that the bridge, said to be more than 80% complete, will open sometime this year.

Zambian President Edgar Lungu has been widely quoted saying “the project will be completed on schedule”, despite the fact that the completion date is a well-kept secret and has been adjusted on several occasions.

Some private sector interests said late last year that the Kazungula Bridge would most likely only open in early 2019.

When the project manager, Pius Seone, was approached for comment, he referred FTW Online to Garekwe Mojaphoko, the permanent secretary in Botswana’s Ministry of Transport and Communication.

Seone provided a telephone number and a postal address for this purpose.

When he was told that no one answered the phone and asked whether there was an email address that could be used, Seone said: “My friend, just do as advised. You will get the proper details from there.”

Details though remain scant as the logistics industry still finds itself in the dark as to when exactly the Kazungula Bridge will finally meet in the middle at the confluence of the Chobe and Zambezi rivers.