Cosatu protest against fuel price hikes to go ahead on Friday 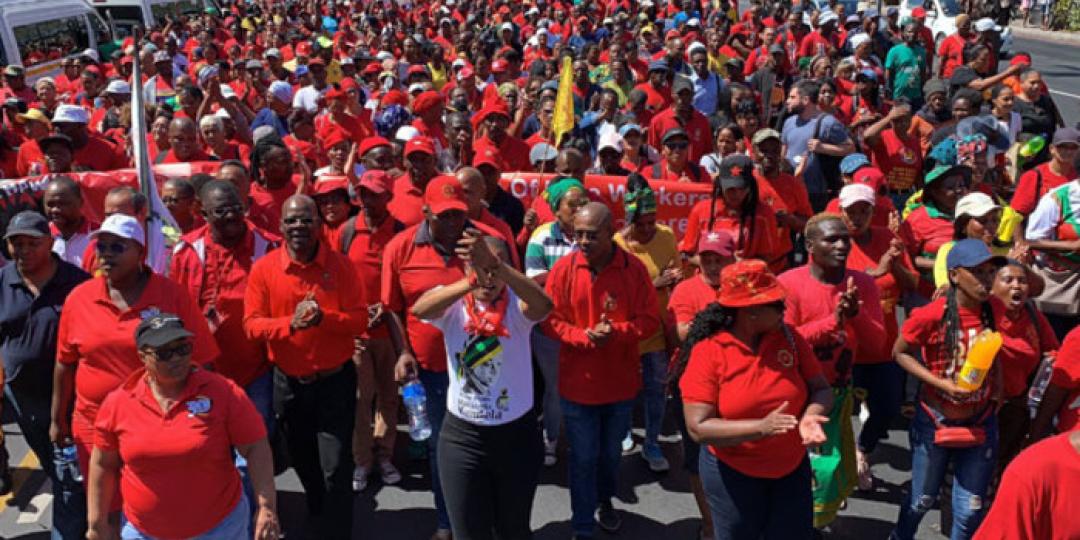 KwaZulu Natal Cosatu members will hit the streets on Friday in a protest against rising fuel prices and the high cost of living.

Cosatu provincial secretary Edwin Mkhize told Freight News on Wednesday that the protest was scheduled to go ahead on Friday and confirmed that a leaked internal union document that had been circulating on social media was legitimate. Last week, the union urged members not to participate in the calls for a national shutdown, opting to hold its own legal protest action on Friday, June 17.

In the memorandum, which is signed by Mkhize, the union calls on its affiliates and structures to embark on the “protest demonstration” against the fuel price hikes, inflation and the rising cost of living.

“The recent fuel hikes, pushing the price of petrol to R24 a litre, are quite devastating and ridiculous. It has a negative impact on workers and our poor people. The state and market forces have no regard for the struggling masses when taking some economic decisions. They have, for quite some time, proved that they are only concerned about their own interests of accumulating more profit. All this happens while the struggling masses from communities are left suffering,” Mkhize said in the letter.

“Jobs for a long time have been dwindling and all this has been blamed on Covid-19,” adding that unrest and floods in KwaZulu Natal had also been blamed. “Employment is stubborn at around 35% in terms of the narrow definition.”

He said workers had suffered a “huge blow” due to the government and business offensive to freeze workers’ salaries and reduce benefits.

“Escalating prices of food items, transport and other goods and services have pushed the cost of living sky high. Inequality and poverty are growing and have deepened. Life has become hard for our struggling families,” he said.

He added that “corruption, maladministration and incompetence” in government, SOEs and the private sector were hindering service delivery, infrastructure development and job creation.

“Cosatu strongly believes that part of the working revolution must be about defence of the defenceless from the capitalist forces. Our structures came out clearly that trade unions have a responsibility to protect the hard-earned wages of members. They shall not suffocate on our watch,” he said.

He said this was why the union had decided to hold the protest.

According to the memorandum, protestors will gather from 09h00 at Curries Fountain in Durban before marching to Marine Building in the CBD.