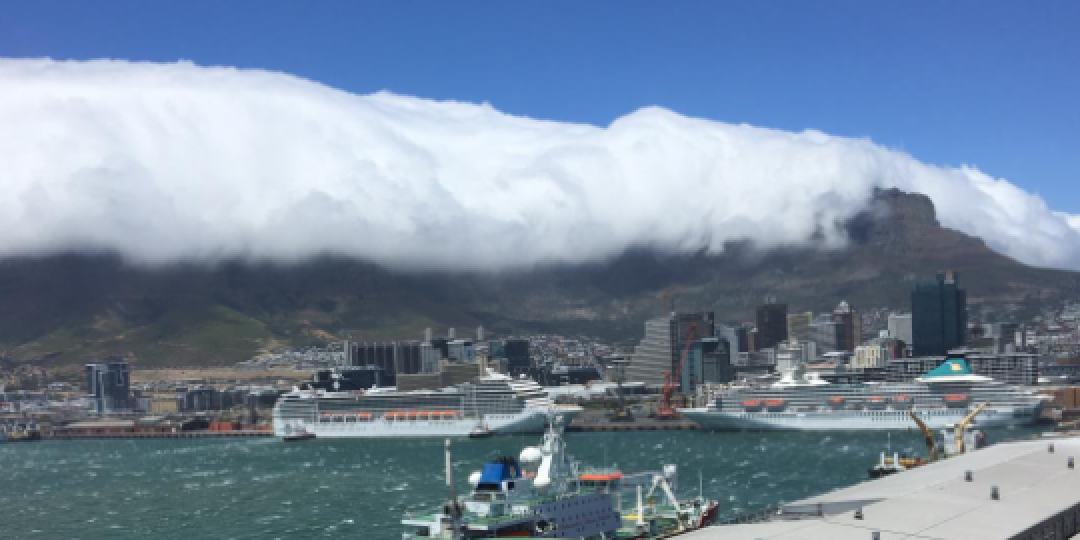 From one windy city to the next, Cape Town’s new port manager is finding himself in the hot seat from the get go as Rajesh Dana settles into his post – a peer position from the one he held in Gqberha (Port Elizabeth) until recently.

Facing a slew of meetings (*) with representatives from across the freight fraternity, the Transnet executive can well and truly say that he has arrived in the Cape of Storms.

Windbound since at least yesterday, and certainly not for the first time either, delayed operations at Table Bay harbour are once again forcing the hand of lines, leading to vessels sailing past in a bid to maintain schedule integrity further down South Africa’s coastline.

Speaking to Freight News this morning, Nexlog operations director Mike Walwyn said carriers were already on tight schedules, constrained for a number of reasons, and couldn’t be blamed for bypassing Cape Town – a complaint that unfortunately has dogged the port for a number of years.

“You can’t blame them for doing that.

“The port takes too long to recover, which wasn’t always the case.”

Walwyn, who also serves as director of the South African Association of Freight Forwarders (Saaff), said whereas 25 moves an hour was ideally needed to sustain a good recovery rate – “which is possible and has been done before” – the port is only managing an average of 15 moves an hour.

To make matters worse, the notoriously tempestuous Cape Doctor is as old as the history of seafaring around the Cape of Good Hope – and is unlikely to stop howling any time soon.

With no short-term solution in sight and expectations that delays will most likely recur well into the windy season, questions remain why the port seems to have lost its past ability to cope with conditions, and why berthing delays appear to have become the norm.

Walwyn puts it down to people, productivity and equipment or, as he summarises, “PPE”.

Starting with the latter, he said: “We’re short of the number of RTGs that we should have.

“The ones we do have seem to be fairly prone to breakdown, and this is probably because of maintenance and replacement.”

Neither of those two, maintenance and replacement, had been taken care of at the rate required, he emphasised.

“The productivity then flows from that. If you haven’t got enough good equipment you can’t run your port properly.”

As for people, or the lack of professional operational capability, Walwyn mentioned it had been particularly noticeable over the festive season.

“I think they (Transnet) are probably trying to bring their balance sheet liability for unpaid leave into play, so a lot of people were put on leave.

“Probably too many; and then of course there was the usual amount of absenteeism that happens over that time of year anyway.”

In fairness to Dana, Walwyn said there was a lot of trust that came with his track record.

“I’ve had a lot of dealings with him and I think there is a good chance that he could make things happen.”