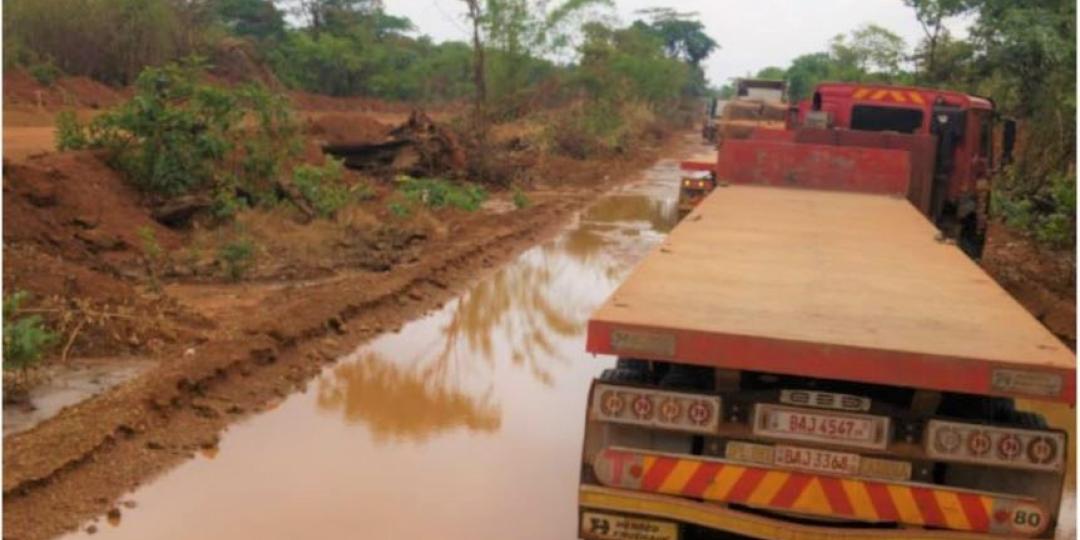 $50 for a 90km muddy trench, that’s what transporters are expected to pay corrupt officials for using an alternate route out of the DRC’s Haut Katanga province. Source: Fesarta
0 Comments

Transporters on the southbound journey out of the Democratic Republic of the Congo (DRC) have been advised that it’s not a legal requirement to use the Mokambo crossing about 90 kilometres south east of Kasumbalesa, the main border post between the DRC and Zambia.

However, corrupt law enforcement officials in the DRC appear to be abusing the misconception among cross-border truck drivers that they must use the Mokambo Road upon leaving the DRC at a charge of $50.

And whereas it was previously recommended to truckers that they request a receipt from officials, it now seems pointless as officials are issuing receipts anyway, despite the fact that the charge is illegal.

Moreover, the appalling condition of the road, especially in the DRC’s summer rain season, hardly merits a tariff for the use of this alternative road that adds to the misery drivers have to endure on the notoriously problematic North-South Corridor (NSC) in and out of the Copperbelt.

Mike Fitzmaurice, chief executive of the Federation of East and Southern African Road Transport Associations (Fesarta), says he has heard from a reliable source that officials instructing drivers to use the Mokambo Road is yet more proof of exploitation and extortion on the NSC.

“The Mokambo route for empties is not compulsory and is only an alternative route to avoid delays at Kasumbalesa for empties crossing back into Zambia.

“Therefore it is possible to use Kasumbalesa to exit the DRC, however it may cause additional waiting time to cross back into Zambia.”

More importantly, Fitzmaurice says, “the $50 being asked to transit that route is not a regulated fee and is going into the back pocket of officials requesting it”.

Zim soldiers accused of curfew exploitation at Beitbridge
Today 13:45
Cargo stops as violence flares up in Kasumbalesa
18 Jan 2021
Eswatini border said to be shut down by Covid case
14 Jan 2021
END_OF_DOCUMENT_TOKEN_TO_BE_REPLACED