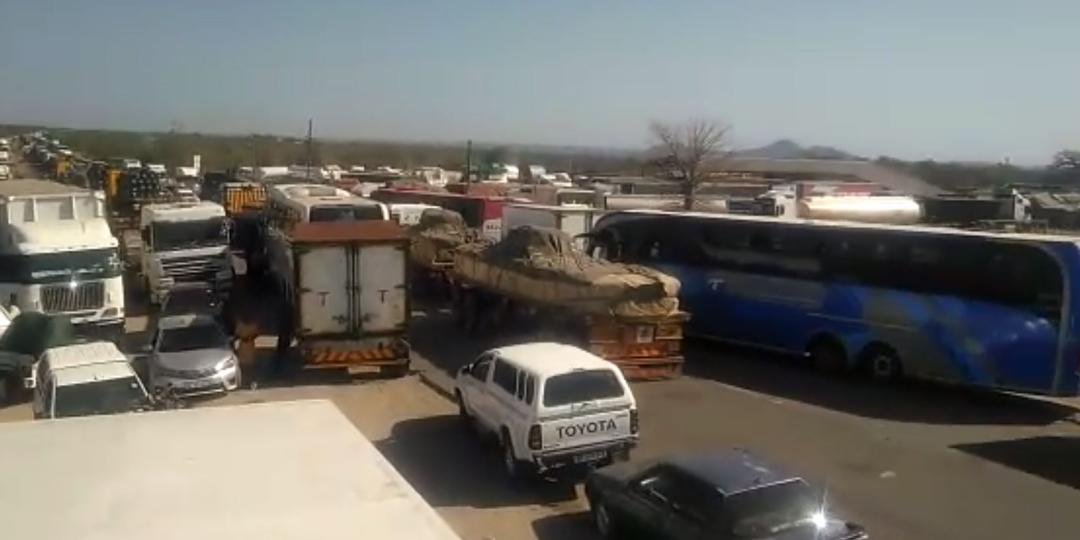 Volumes transiting through the Beitbridge border between South Africa and Zimbabwe has plunged the border into chaos. Source: Transist
0 Comments

High-level intervention seems to be on the cards after the build-up of traffic south of South Africa’s Beitbridge border with Zimbabwe has deteriorated to such an extent that some sources say it is the worst it has ever been this century.

According to Mike Fitzmaurice, chief executive of the Federation of East and Southern African Road Transport Associations (Fesarta), he has never seen Beitbridge descend into such utter chaos since he started working with this border in the early 2000s.

This comes after northbound transporters stuck at the Limpopo crossing posted video footage on the WhatsApp group of the Transit Assistance Bureau (Transist) clearly showing how trucks, cars and buses were milling around as if no traffic officials were present to establish order.

On Friday the queue already stretched to the Baobab truck stop some six kilometres south of the border. It also resulted in a fatality when a truck overtook queuing traffic in the oncoming lane and collided with a bakkie (pick-up) travelling south.

Subsequently some sources speculated that had officials stopped traffic from queuing three lanes abreast, the driver of the bakkie would still be alive. Nevertheless, yesterday Transist reported that the queue had widened even further, to at least four lanes abreast on a single-lane highway.

Commenting on what was happening, Fitzmaurice said: “This should never be allowed to happen. You can tell that there’s no pattern to the current chaos. “Cars are weaving in and out through all the trucks and it all seems idiotic. What are the traffic authorities really doing to sort it out?”

One road haulier suggested to Transist that the border should be opened up to clear the congestion and alleviate pressure on officials clearly incapable of coping with mounting volumes.

Earlier this year relaxed border control measures effectively released the pressure at Kasumbalesa on the Copperbelt crossing between Zambia and the Democratic Republic of the Congo where trucks were queueing for more than 90 kilometres.

The apparent inability of law enforcement officials to get a grip on a very bad situation also seemed clear when it was reported to Transist that traffic police were turning trucks away from Baobab, the very point where they were supposed to fill up with pre-paid diesel.

And amid the disconnect between private sector interests and public sector representatives, acrimony is increasing over certain comments the likes of Fitzmaurice has made.

In the meantime the situation on the ground calls for immediate and effective intervention as it’s taking trucks about three days to get through South Africa’s side of the border.

“Then it most likely takes another day or two before they clear on the Zim side,” Fitzmaurice said.

Due to the nature of the intervention and what it could mean for unblocking Beitbridge, Freight News has been asked not to mention any of the names of people and the organisations they represent.

It’s safe to say they are well attuned to the various border issues throughout the sub-Saharan region and know that Beitbridge is the most problematic border on the North-South Corridor into the Copperbelt area.

Freight News has requested an interview with the aforementioned Sars executive. 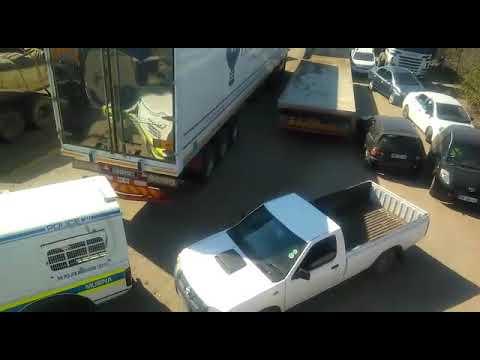