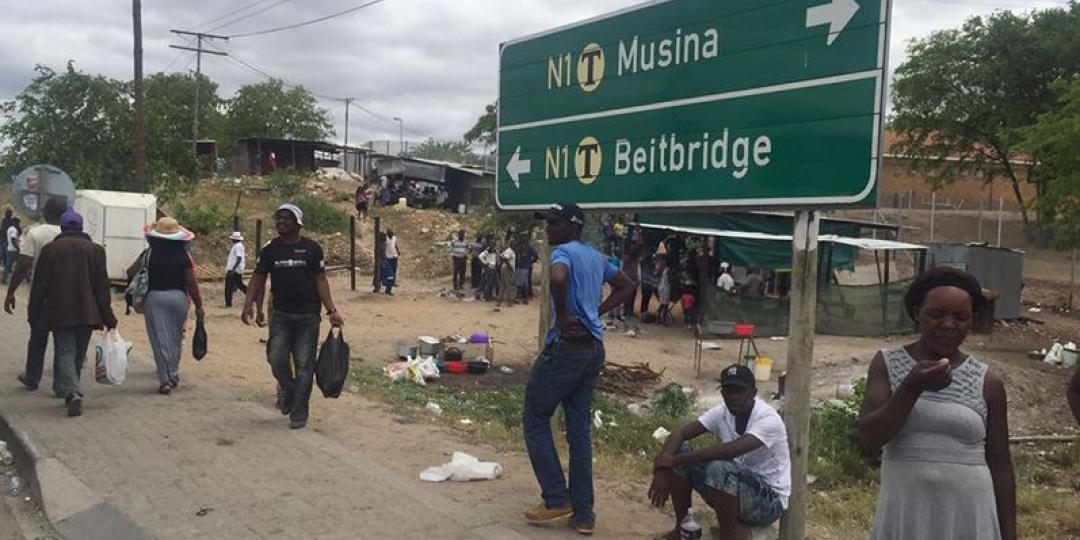 Bottlenecking and bribery, regular ills synonymous with South Africa’s Beitbridge border crossing into Zimbabwe, were once again flagged over the weekend by long-distance truck drivers on the North-South Corridor (NSC) linking South Africa’s Port of Durban with the Copperbelt in Zambia and the Democratic Republic of the Congo (DRC).

As if persistent congestion north and south of the border is not enough, immigration officers reportedly ‘charged’ truckers R100 to have their passports stamped – provided they could provide Covid-19 test results.

Coronavirus testing and subsequent proof of one’s status is not a measure that applies to truck drivers because as supply-chain operators they are exempt from such measures which regulate ordinary cross-border travels.

Obviously many drivers don’t know, providing corrupt border personnel with yet another excuse to extract fraudulent payment from them.

Moreover, virus or no virus, it seems to be a regular ‘charge’ at Beitbridge.

According to Fitzmaurice the complaints involved five immigration officers and a supervisor.

“I don’t know what the supervisor was doing. Maybe turning a blind eye.”

Late last night, in an attempt to have the matter urgently addressed, Fitzmaurice sent the following message to the SA Revenue Service’s senior immigration official responsible for the border.

“Sorry to worry you on a Sunday evening,” the message said, “but we have a situation at the border where your officers are asking for negative Covid-10 certificates and demanding R100 to stamp drivers’ passports.”

Asked whether the official had done anything about it, Fitzmaurice replied: “When do they ever do anything to help?”

The weekend’s bribery, coming as it did on top of slow processing and resultant bottlenecking at Beitbridge, often leading to truckers waiting for up to two days to cross the Limpopo River, yet again emphasised the threat facing the NSC – losing road freight to competing corridors.

These corridors – to the Port of Beira (Mozambique), Port of Dar es Salaam (Tanzania), Port of Walvis Bay (Namibia), and even the Port of Lobito (Angola) – have made it very clear that they intend to take business away from Durban.

And although “Africa’s busiest port” – a claim Durban is hanging onto by a thread – is still receiving the lion’s share of minerals exported from the Copperbelt, Zambia and DRC are by no means honour-bound to continue sending shipments all the way south.

The Port of Beira has already made a strong statement towards answering China’s call for copper once the world’s biggest emerging economy gathers pace again.

A close contender is Dar.

To the west of the sub-Saharan region of course is Walvis Bay, eager to foot a massive port ramp-up bill through increased volume, with Brazil and its copper demand high on Namibia’s logistics radar.

The dark horse in this evolving corridor dynamic is Lobito, roughly equidistant to Kolwezi, the DRC’s copper mining nerve centre.

With one crossing on the line to Kolwezi, at Luau in Angola and Dilolo in the DRC, it could very well still become the outlier contender that erodes volume on the NSC.

What’s more, said Fitzmaurice, “a lot of these countries don’t have as much crime as South Africa does.

“They don’t have issues with truck hijackings for example.”

Be that as it may, if slow processing, subsequent congestion and resulting corruption by customs officials at Beitbridge are not addressed, the NSC can expect volumes to continue to decrease on the line between the Copperbelt and Durban.