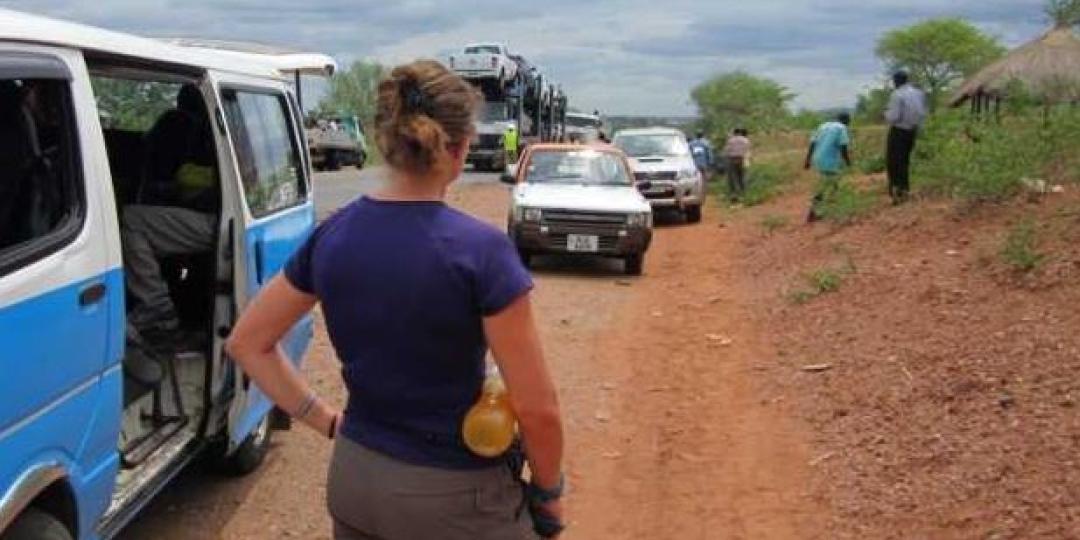 Rot blocks… Zambia, notorious for its infamous check points, is in the news again after an old police bribery trick resurfaced on the Kafue road. Source: Lusaka Voice
0 Comments

An old bribery method intermittently used in Zambia has been nipped in the bud thanks to intervention by the Federation of East and Southern African Road Transport Associations (Fesarta) – until extortionists in uniform think the coast is clear and it crops up again.

This emerged on Friday as truck drivers complained to Fesarta that they were being stopped and subjected to first-aid kit inspections by police at the Kafue bridge checkpoint, a notorious hotspot for the practice.

This is despite ZP members knowing full well that this travel requirement in Zambia is applicable only to buses and minibus taxis carrying passengers.

A driver explained: “They will stop you on the side of the road and then waste your time with the whole process of first-aid kits, trying to extort money from you.

Furthermore, said the driver, police issued fines if they didn’t find paracetamol in first aid kits, despite it being against transport company policy for drivers to carry painkillers.

Fitzmaurice said it was only once the relevant people had been contacted in Lusaka and reminded that these inspections were irregular under Zambia’s Road Traffic Act (RTA) that the harassment had stopped.

“There is no law under the RTA that says a driver must carry a first aid kit. It’s just a petty tool they use to extort money out of drivers because they can’t actually fine them and they don’t issue receipts.”

He added that it had been going on for a long time.

“We have to keep on jumping on their backs, but once they think it’s quiet, that there’s no need to worry any more, they try to get away with it again.”

It’s also not the first time that ZP has been accused of bribing truckers.

Transporters regularly complain that Zambia, a transit country for many hauliers working in and out of the Copperbelt in Zambia itself and the south-eastern DRC, is riddled with corrupt police officials.

ZP has yet to explain how it intends to rid its ranks of the rot.