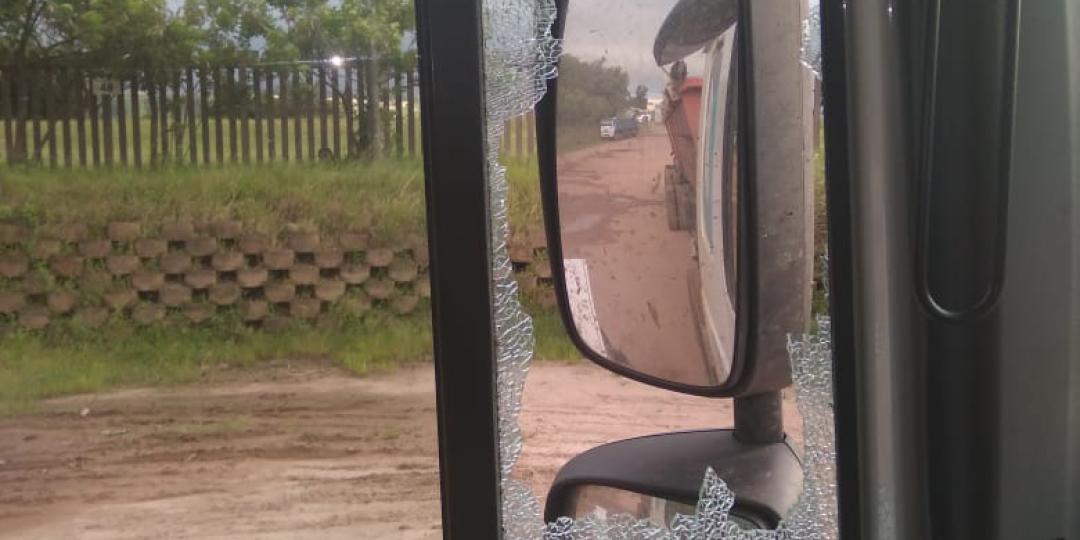 A driver had a brick thrown through his window earlier this week.
0 Comments

Traffic congestion and crime are once again being highlighted at the Port of Durban with thieves now targeting copper and ABS cables from trucks as they wait for days to enter the port.

According to Mike Fitzmaurice of the Federation of East and Southern African Road Transport Associations (Fesarta), there seems to be no end in sight as thieves are becoming more persistent and confident.

“We have approached the South African Police Services on many occasions. They have made promises, but nothing has happened. There has been no visible policing of the area and because of this, criminals have become brazen, they know they can get away with it, it’s a big problem, it’s been difficult,” said Fitzmaurice.

“Relying on the government has not worked so we’re working towards creating an awareness programme that will get the attention of officials so they can step in.”

Fitzmaurice told Freight News that this was not an isolated incident. He confirmed that there were several incidents that went unreported because truck drivers had become helpless and had lost faith in the police.

“These incidents happen so quickly, there is no way truck drivers will be able to protect themselves and their vehicles. It’s so easy to cut these cables from trucks and criminals know that. The only way drivers can be protected is if the police remain committed to patrolling the area."

When asked whether he thought the recent congestion was Covid related, Fitzmaurice said that although the restrictions had played a role in the congestion, Durban port had had this problem for many years.

“There just isn’t enough capacity in the port for the trucks to load, and that is the problem.”

Fitzmaurice said that he foresaw many changes in the years to come.

“Ports such as Beira, Maputo, Walvis Bay and Dar es Salaam are all gearing up to take more volume and to be more efficient. Once importers and exporters start seeing that the problem at the Port of Durban is only getting worse, they will use these alternative ports, and that’s a concern for our country.”