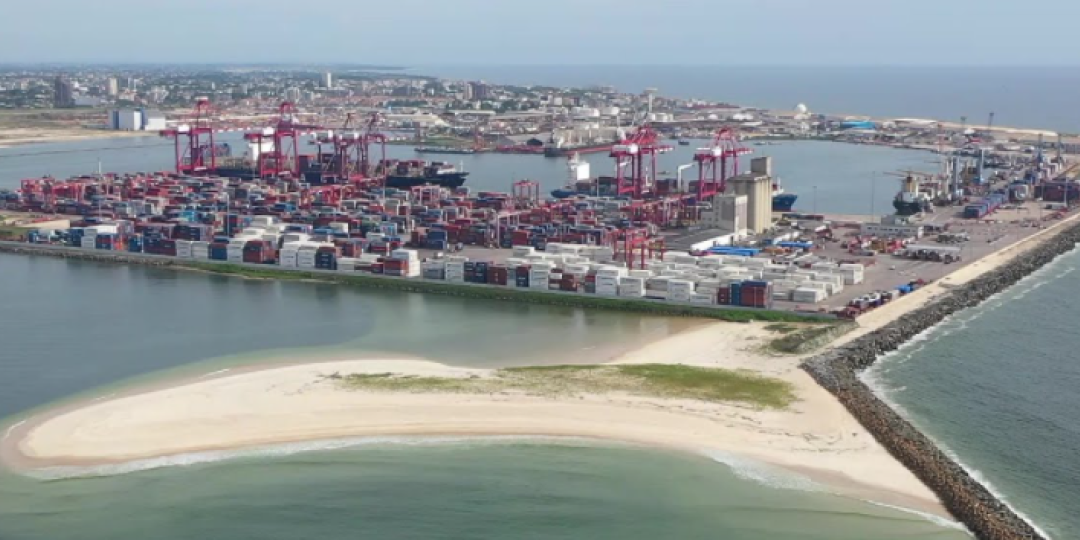 The Port of Point-Noire.
0 Comments

Efforts to increase container-handling capacity at the Port of Point-Noire has paid off for Congo Terminal with throughput figures of 1 003 734 TEUs last year.

The one million milestone has seen the subsidiary of terminal operator, Bolloré Ports, succeed in raising its handling capacity four-fold from an average of 200 000 boxes per annum.

Last year’s exceptional growth at the port of the Republic of the Congo (not to be mistaken with the DRC), comes on the back of extensive infrastructural spend by the ports division of French freight multinational, Bolloré Logistics.

Investment of €400 million since 2009 in physical capability improvements and supporting equipment has significantly ramped up Point-Noire’s throughput potential.

The port itself saw docks D and G lengthened by 1 500 metres combined, and berthing draught was deepened to 15 metres.

As for equipment, six new STS and 18 RTG cranes were added to the equation.

Improvements over the past decade have also resulted in extended storage space of more than 32 hectares and an additional multimodal port-to-rail logistics area of 4.5 hectares.