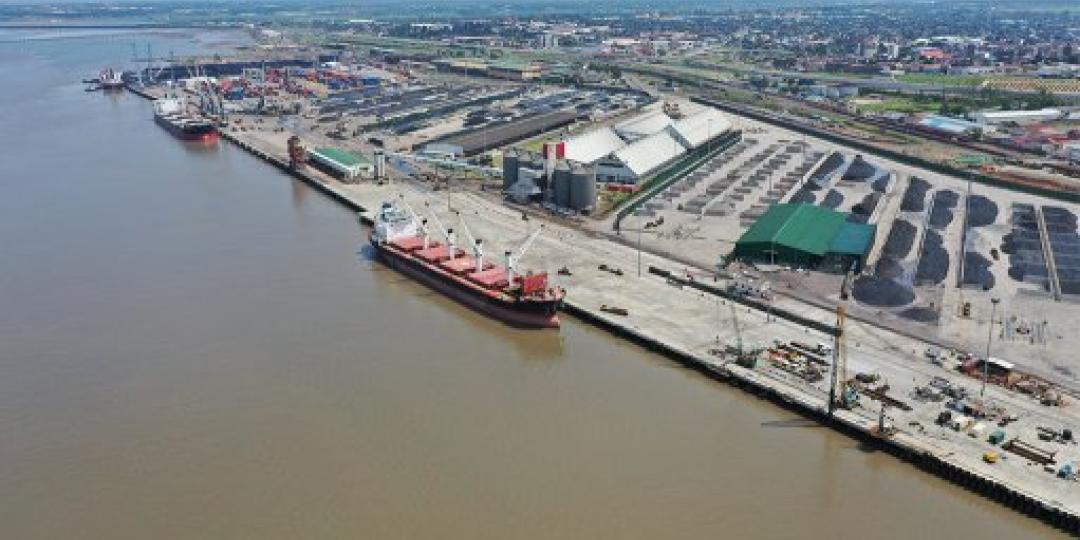 President of Mozambique, Filipe Jacinto Nyusi, inaugurated 1058 metres of berthing area, comprising berths 6, 7, 8, and 9, at the Port of Maputo on Wednesday. The berths, rehabilitated, expanded and dredged to depths of up to -16 metres, are now fully operational, allowing the port to receive and load an increasing number of bigger vessels (capesize).

Nyusi said during his inaugural speech that the refurbished berths would lead to an increase in shipments through the port and higher revenue for the country. The strategic intent to invest in the port’s infrastructure had contributed significantly to adding value to its business.

Speaking at the event, Maputo Port Development Company (MPDC) CEO Osório Lucas said: “These berths are a fundamental pillar for implementing the master plan launched in 2010 and approved by the Government of Mozambique. They are also the foundation of the new master plan that we presented publicly yesterday at our conference.”

Preceding the berth inauguration, MPDC held the 7th Conference of the Port of Maputo, presenting the port’s future up to and beyond 2043. Some of the planned investment highlighted at the conference included:

• Construction of a new berth for bulk cargo

• Expansion of the container terminal

• Expansion of TCM capacity to 12 MTPA

Lucas added that it was essential to align investment throughout the corridor.

“We will continue to work with CFM and Transnet to achieve a better balance between road and rail freight, promoting an integrated development that will further enhance the corridor’s growth.”

The vision for the port’s future considers the fundamental principles of port planning in its interaction with the city, port efficiency, and sustainable development.