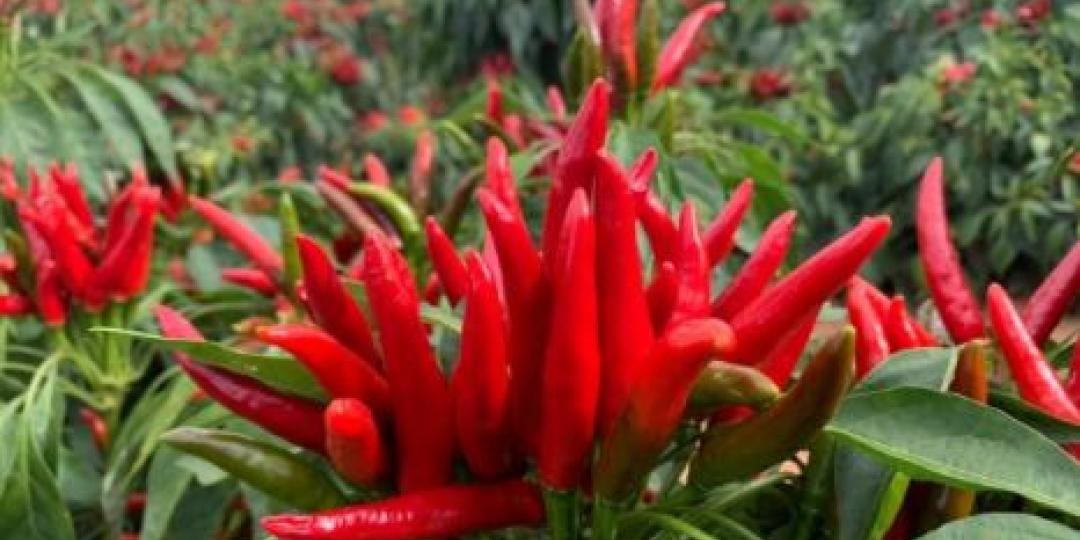 A Waterberg farm in Limpopo province that’s already producing peanuts, sugar beans and tobacco, Zandrivier Boerdery, is on the verge of breaking big on the international export market after delivering a maiden crop of chillies that exceeded all expectations.

According to Fresh Plaza, Zandrivier’s Waltela Maree has said that “the bumper crop of hot peppers has almost taken them by surprise”.

The current yield of the farm near Vaalwater, says the European perishables portal, is two to three tonnes per month.

Five cultivars have been planted: Serrano hot peppers, Cadereyta and Impala, hybrids of F1 peppers, as well as Hot Devil and Medium Red, both of them variants of smaller red hot peppers.

With drying facilities to cater for certain markets, Zandrivier will be exporting fresh and dried peppers until May, after which they will switch to dried hot peppers.

Overcast conditions that followed in the wake of Eloise, the recent cyclone that drove wet La Niña-influenced weather conditions far west into the interior after making landfall in Mozambique, also benefited the production of fire fruit.

Further promoting the position of Zandrivier as a burgeoning peppers producer is the farm’s application for globally accepted good agricultural practice accreditation, or GlobalG.A.P.

In addition to expanding their produce offering through peppers, Zandrivier late last year also received a licence to grow cannabis for medicinal use.