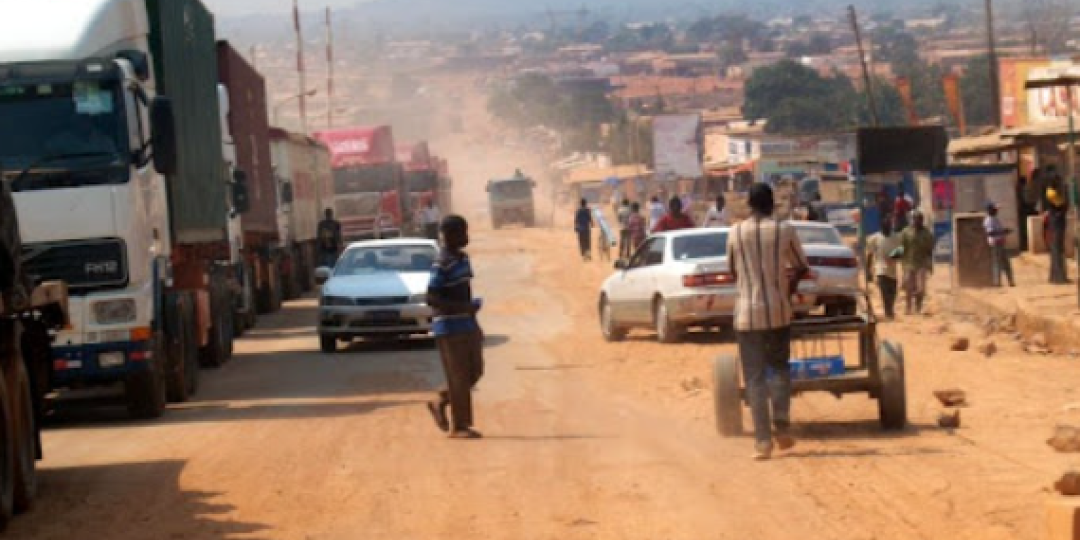 The border town of Kasumbalesa, a dog's breakfast on any given day. Source: Jumelages-Partenariats
0 Comments

Transit stoppages continue to beleaguer borders on the north-south route from South Africa through Zimbabwe into the copper mining areas of Zambia and The Democratic Republic of the Congo (DRC).

Whereas the last border on the route, Kasumbalesa, has been heavily congested for weeks, especially over the last few days after Zambia decided that the alternative crossing south of Sakania in the DRC could not be used for the time being, Beitbridge was this morning also backed up.

Previously a major headache for road freight hauliers travelling between South Africa and Zimbabwe, Beitbridge has become relatively easy to pass through since a concession company took over operations at the crossing – at a cost of course.

Earlier today, a haulier told the Federation of East and Southern African Road Transport Associations (Fesarta) that there was a loss of power for north-bound traffic and that ZimBorders couldn’t open the boom.

The transporter in question quipped whether an extra charge could perhaps enable the concessionaire to get a generator to restore power to its border operations.

No doubt ZimBorders will soon have traffic flowing across the Limpopo River once more, whilst the same could not be said for the government-run crossing of Kasumbalesa.

With incidents earlier this week of sitting-duck truckers, waiting in the queue south of the border, being attacked at night, Fesarta Chief Executive, Mike Fitzmaurice, sent the following message to Dingani Banda, Commissioner General of the Zambia Revenue Authority: “The situation at Kasumbalesa is becoming untenable and not fair to transporters and drivers who are constantly under attack from thugs, let alone the inhuman sanitation situation for drivers.

“When can transporters start using Sakania again, as this situation at Kasumbalesa is no longer acceptable to the transporters and drivers as there appears to be no resolution in sight.”

Fitzmaurice also asked whether it wouldn’t perhaps be possible to open the Mokambo border between Kasumbalesa and Sakania until the latter came back on line again.

The reply Fitzmaurice received from Banda recalled that a bilateral meeting was held on June 2 between government delegates and customs officials at Chingola in Zambia, resulting in a commitment to turn Copperbelt borders into 24-hour zones, and to fast-track traffic-flow benefits for carriers arriving at Kasumbalesa with pre-cleared cargo documentation.

Banda said it was the intention of both Zambia and the DRC to eventually process at least 800 trucks every day at Kasumbalesa.

“We are yet to achieve these levels as agreed. However, there are all interventions being made to address the current challenges.”

What these interventions are, is anyone’s guess.

Perhaps one could have been the poorly timed decision by Zambia to upgrade a road from Ndola that resulted in the Sakania border being shut off to transporters.

Whilst hauliers will most likely agree that the road to the border is shot and needs repairing, it could not have come at a worse possible time for the sub-Saharan transport industry.