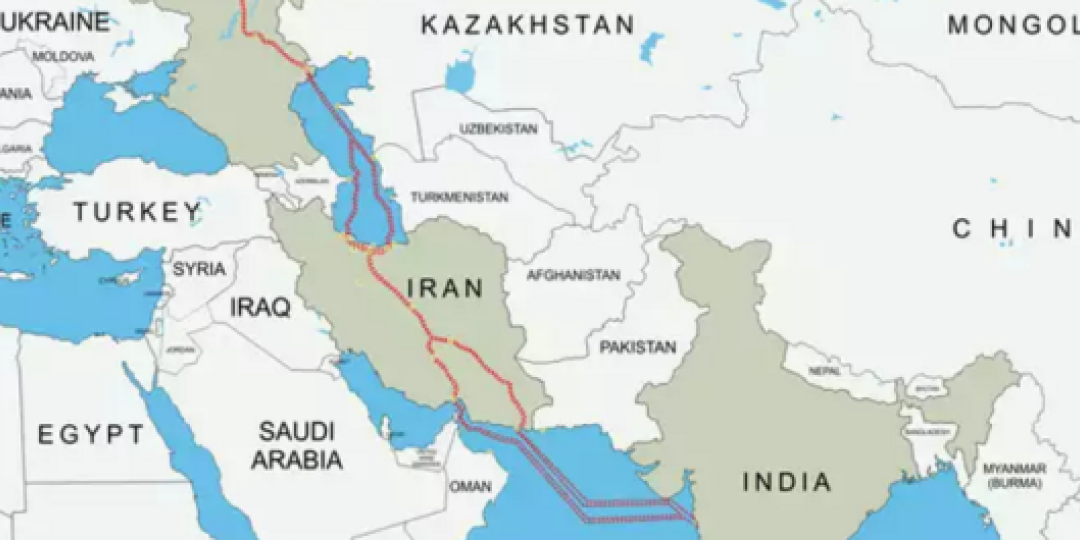 Russian resilience to find a way around the economic isolation it has been facing from the west since it invaded Ukraine, has resulted in the revitalisation of a 7 200-kilometre cargo corridor through Iran into India.

The International North South Transport Corridor (INSTC) was once practically dormant because of the vast distances goods have to travel using sea-, road and rail linkages.

But Russia’s determination to find alternative markets and methods to get exports out, has not only revitalised trade on the corridor but is also speeding up commodity transits through Iran into the Strait of Hormuz.

Those with vested interests in the corridor believe it can reduce the time it takes to ship goods between Russia and India by almost half – from 40 days to about 25.

The corridor, in a north-west direction, runs from the Russian port of Astrakhan on the Caspian Sea to the Port of Anzali north-west of Tehran.

From there it traverses all the way south across Iran to Bandar Abbas on the Strait, before heading south-east to the Indian ports of Mundra and Nhava Sheva.

India is also hoping that the sudden increase in trade on the corridor will re-spark efforts to include Chabahar further east of Bandar Abbas on the Gulf of Oman.

Should that happen, stakeholders say it could decrease the time cargo has to spend on the corridor by 40%, possibly resulting in logistical cost reduction of an estimated 30%.

It’s early days, though, to jump for joy at Russia’s success in overcoming sanctions hurdles.

Getting through Iran remains a tense affair, and India’s attempt to sideline Pakistan by involving Chabahar and thereby decreasing the distance vessels have to travel from its ports to Bandar Abbas, hasn’t gone unnoticed.

Nevertheless, the corridor’s re-emergence as a viable option for Russian outflows into Central Asia while its exports into the west are shut off, proves that trade lanes are being reconfigured.

He warned that the conflict in Ukraine was on course to wipe out two decades of trade progress through globalisation.

He said a classic east-west dynamic reminiscent of the previous century seemed to be emerging.

He particularly mentioned the strengthening of relations between China and Russia.

Now, with increasing cargo volumes on the INSTC breathing new life into a corridor that was all but unused, Koopman’s predictions of a new world trade order are rippling wider than just the two Asian superpowers.

*Read this for context: https://tinyurl.com/22ryj8es