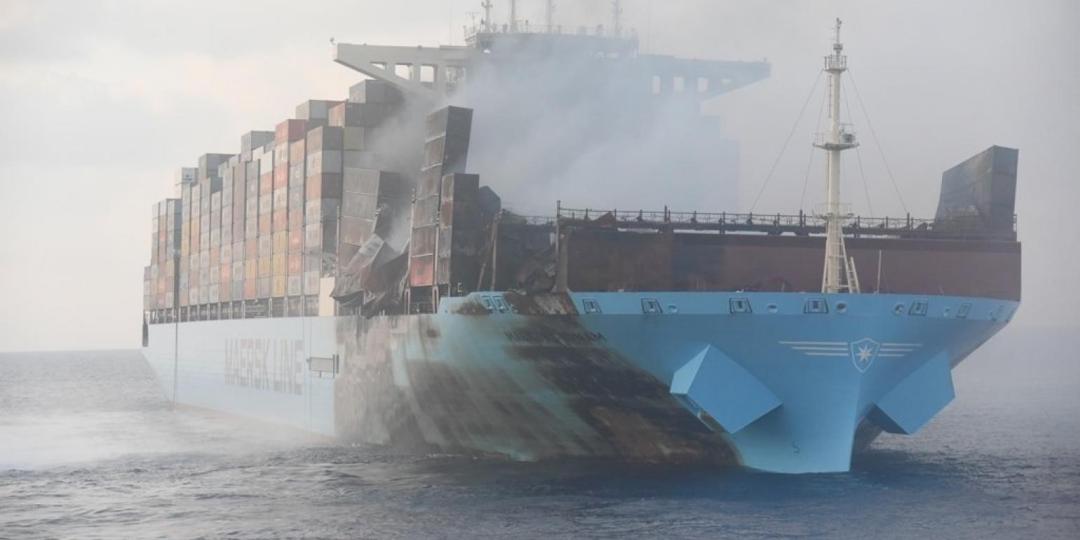 While the investigation by the Transport Safety Investigation Bureau (TSIB) of Singapore into the cause of the 2018 fire onboard the Maersk Honam is yet to be concluded, there is general consensus that it was most likely caused by decomposition of dangerous cargo generating intense heat, enabling the fire to rapidly spread out of control.

Which is why the TSIB has recognised the need to review legislation linked to the safe transport of dangerous cargo.

Once the report is concluded it will provide guidelines on how fire safety can be improved across the industry.

“We hope this investigation will initiate a more holistic, industry-wide approach where we address the concerns regarding containerised dangerous goods across the entire supply chain – starting at the manufacturing level and following through until the box has been safely delivered at destination to the customer,” said APM chief technical officer Palle Laursen.

The devastating fire resulted in the deaths of five crew members and loss of the cargo onboard. The vessel suffered extensive structural damage and was towed to Jebel Ali during the salvage operation. It was subsequently rebuilt in Korea before returning to operation in August 2019 under the name Maersk Halifax.

Demonstrating the ongoing concerns in the industry regarding dangerous goods, Hapag-Lloyd recently announced plans to introduce a $15 000 penalty per container globally for purposely undeclared or misdeclared hazardous cargoes.