Fortnightly service will connect Maputo with UAE and India 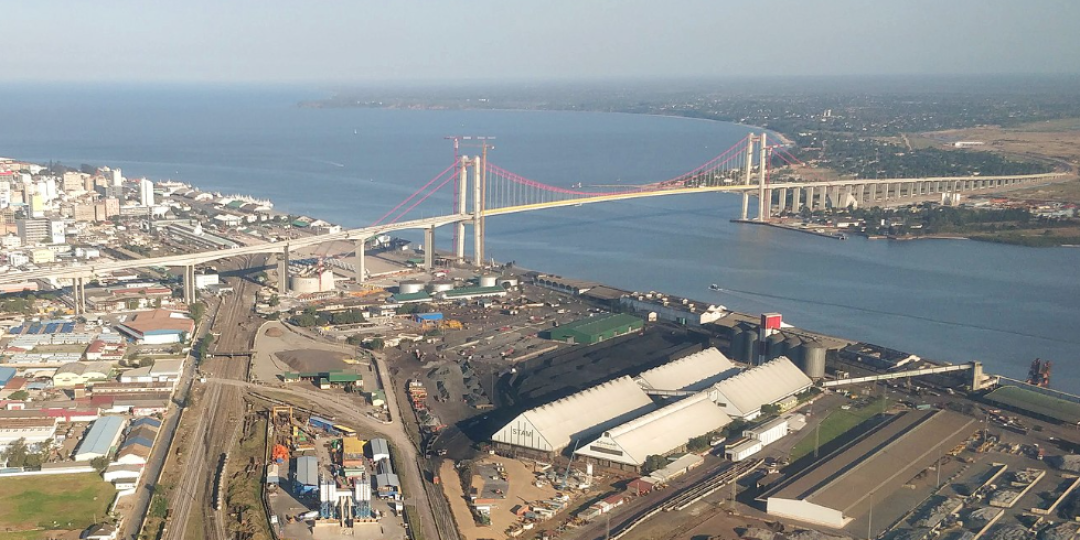 Exciting developments are taking place at Mozambique's principal port ever since the Maputo-Katembe suspension bridge opened in 2018. Source: Jcornelius via Wikipedia.
0 Comments

Shortsea liner service Unifeeder will next month make its first vessel call at the Port of Maputo as part of a direct sailing service introduced to connect the Mozambican capital with core ports in the UAE and India.

The fortnightly service will significantly reduce the transit time of goods from South Africa and its immediate neighbours to the east, offering never-before transit times of 11 and 15 days to the ports of Jebel Ali and Mundra respectively.

Considering that transits further down the coast take well over three weeks, and taking into account nagging delays at the Port of Durban, the Unifeeder service comes as welcome news to shippers who have for some time identified Maputo as an alternative port out east.

Unifeeder’s owner representative for Southern Africa, Logan Naidoo, said as far back as 2003 an Asia service vessel calling at Maputo had underpinned hopes that load expectations on the port’s corridor out of South Africa would be realised.

Unfortunately linkage issues prevailed, especially at the border crossing of Lebombo and Ressano Garcia on the Maputo Corridor between South Africa and Mozambique.

Fast forward, and much has changed.

High-level talks between the two countries could pave the way for green-lane trade, which has long been on the table.

In addition, Unifeeder’s owner, ocean freight multinational DP World, not only runs the Port of Maputo but also the dry port at Komatipoort, offering end-to-end logistics options for shippers.

Naidoo explained that, after all the years of waiting for such a service, it took very little time to finally put it together.

“In the space of five months it was thought about, discussed, decided, and rolled out.

“The first two vessels have already been chartered and the long-term schedule is already published, with our first vessel call expected on May 14.”

He said apart from Jebel Ali and Mundra, clients would also have access to Unifeeder’s transhipment network linking up with ports such Umm Qasr, Shuaiba, Shuwaikh, Hamad, Bahrain and other Upper Gulf ports.

Closer to Jebel Ali, connecting options include the ports of Abu Dhabi, Sohar, and on the Indian subcontinent, besides Mundra, shippers could hook up with the network that includes ports as far as Chennai and beyond.

“For the time being though we’re focusing on markets in the Middle East. We could do Asia. Our network extends as far as Laem Chabang and Shanghai, but for now we’re jumpstarting with Jebel Ali and Mundra.”

The loads they’re looking at are containerised, both time sensitive and not.

It’s on the refrigerated side, especially, that Unifeeder is hoping to tap into South Africa’s citrus export potential.

Just looking at the much shorter distances from the fruit-producing regions of Letsitele and the Lowveld in relation to Maputo, Naidoo said it was a no-brainer that citrus from Limpopo and Mpumalanga should not be sent out via Durban.

Although loads like timber from Mozambique and sugar from Eswatini are also in the pipeline, Naidoo made no secret of the fact that South African citrus topped Unifeeder’s agenda.

“It’s our primary objective, and from the talks we’ve had with farmers it’s looking very promising. Demand is very high and we’re anticipating strong uptake of reefer boxes.”