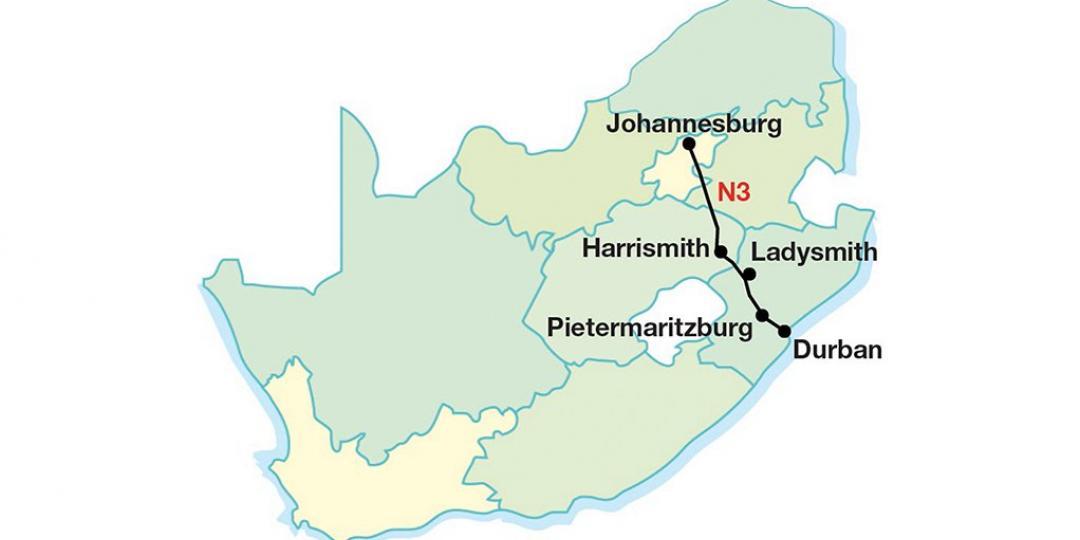 The N3 south of Harrismith towards Swinburne is being blockaded by truck drivers aligned with the All Truck Drivers South Africa and Allied South Africa (ATDF ASA) joint resistance movement, protesting the presence of foreign nationals in the country’s labour market.

This after an agreement was reached yesterday between top-level ministers and representatives of drivers and small truck operators who embarked on a 24-hour blockade of the N10 and N9 in the Eastern Cape (EC).

According to that resolution, the blockade would cease provided that immediate work was made of protesters’ demands (see report elsewhere).

This morning though, after yesterday’s EC negotiations, the ATDF ASA went ahead and stopped trucks on the N3 all the way from Harrismith onto Van Reenen’s Pass, bringing movement on South Africa’s most important supply chain artery to a standstill.

Transporters on the Transit Assistance Group (Transist) identified alternative routes to get around the blockade, only to learn that onramps towards some - or all of these routes - were also being blocked off.

Transport journalist Patrick O’Leary told Transit that the Road Traffic Information Unit had urged all operators to avoid the N3.

“Keep your trucks off the road. That blockade is huge.”

He said he had received information that trucks were parked from the Engen at the Harrismith golf course all the way down to Montrose.

“Nothing is moving. Alternative routes are also blocked. The only good news here is that it’s peaceful.”

He said he had spoken to the chairman of the ATDF who had told him that although they were aware of what had been discussed in Middelburg and that certain government undertakings had been agreed to, there were drivers who were not prepared to wait.

Yet again logistics connecting the Port of Durban with Gauteng finds itself on the receiving end of supply chain disruption by a ragtag organisation that gets away with holding the road freight sector to ransom.