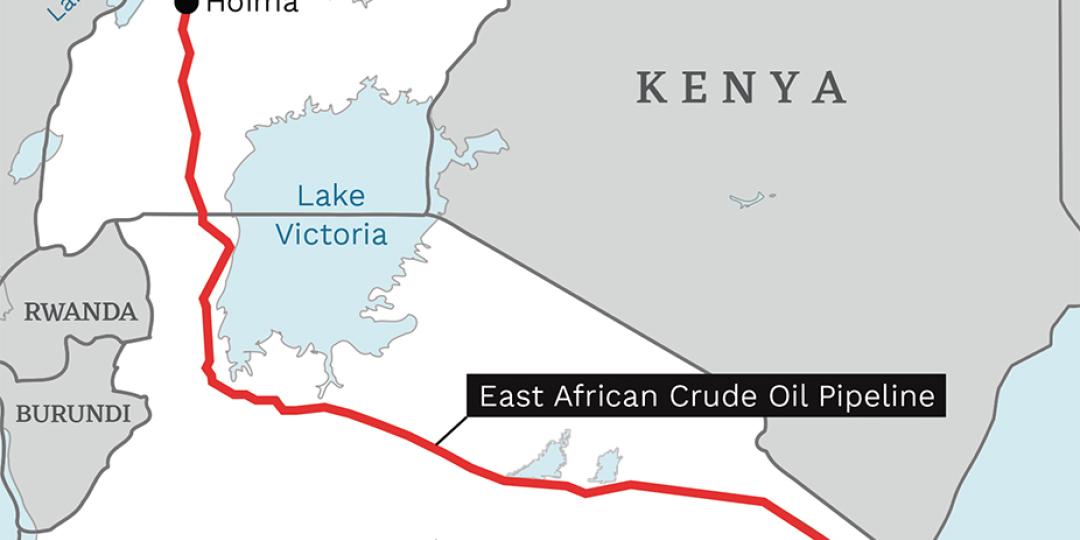 A deal that will lead to one of the most anticipated infrastructural spend projects in the world was finally inked in Kampala on Sunday, but fears remain over whether Uganda can afford the $130 million needed to finance its 15% stake of the East African Crude Oil Pipeline (Eacop).

Although Eacop has been on the cards for about 15 years, Uganda and Tanzania have consistently failed to iron out differences over the pipeline’s $3.5-billion price tag.

Delays have come at a cost as volatility in the price of crude oil has depreciated Uganda’s deposits at Hoima near Lake Albert from $16 billion in 2013 to $18 billion the last time their value was estimated.

Starting from the oil fields in western Uganda, the pipeline will run south to the Tanzanian border before heading east to the Port of Tanga.

At 1445 kilometres it will be one of the longest pipelines of its kind, heated to accommodate the waxy viscosity of Uganda’s oil.

At full capacity, once construction is completed in 2024, it will pump about 216 000 barrels of oil per day to the Tanzanian coast, netting the government in Dodoma $12.7 per barrel.

Ugandan President Yoweri Museveni has made no secret of his dissatisfaction at the amount his landlocked country will have to pay to get its oil to a Tanzanian port.

Describing the $12.7 per barrel Uganda will have to pay as “a loss”, he said it was time to concentrate on the project’s beneficiation potential, especially the $15 billion investments that the deal would unlock.

French oil multinational Total’s chief executive, Patrick Pouyanne, who was a co-signatory to the deal, said he was excited to expedite construction of the pipeline, a sentiment shared by Tanzanian President Samia Suluhu Hassan.

However, attempts from Uganda’s treasury to finance its $130-million share of the pipeline’s cost through its own domestic market, have already been rejected.

Without Uganda’s assurance that the necessary funding has been approved, Eacop will remain where it has been for the past 15 years – in the pipeline.