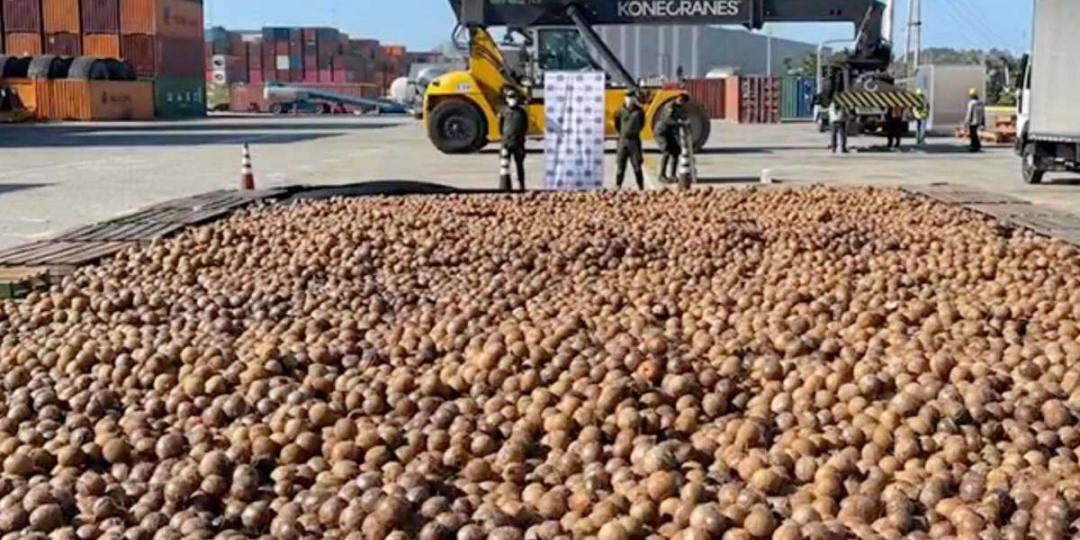 As port authorities tighten the screws on drug smugglers, with more and more quantities of cocaine being seized in Latin America and Europe, criminal syndicates are becoming increasingly innovative.

According to a report by the European Monitoring Center for Drugs and Drug Addiction (EMCDDA), liquid cocaine has become the preferred smuggling method.

It’s reported to be almost imperceptible by scanners installed in ports and airports,  although one seizure involving nearly 20 000 coconuts filled with liquid cocaine found in the port of Cartagena, and bound for Italy, didn’t escape port security interventions.

According to information released by Norwegian marine insurance specialist Skuld, in the latest seizure, cocaine was dissolved and mixed in two shipments, one of organic fertiliser and the other of molasses extracted from sugar cane.

It’s one of several methods employed by ruthless criminals intent on beating the system, with what’s known as the “rip-on/rip-off method” also gaining traction. Traffickers avoid profiling by breaking open containers of legitimate exports to ship the drugs, then use cloned customs seals to conceal the tampering.

In most cases, the containers are contaminated as they are waiting to be loaded - and traffickers gain access to the port areas, usually through the recruitment of corrupt drivers, transport companies and the like.

If that doesn’t work, there’s the option of hiding bricks of cocaine in cavities in the walls, ceilings, floors and doors, or in the insulation or cooling equipment of refrigerated containers.

Clearly the traffickers are a determined bunch, and while authorities have responded to their increasingly inventive methods with the use of scanners in ports, which are deployed both at random and because of risk profiling, it’s a constant challenge to keep several steps ahead in the fight against a thriving trade where the financial stakes are high.