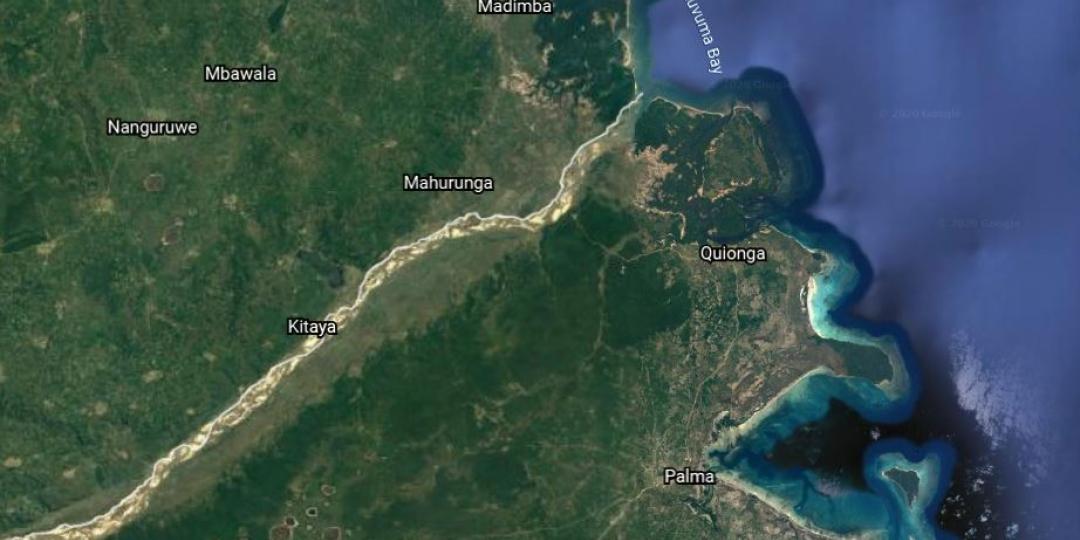 The area where Mozambique’s LNG production will be concentrated, south of its Rovuma basin border with Tanzania, and north of Palma bay.

In the latest development confirming the size and scope of liquid natural gas (LNG) production in Mozambique’s Cabo Delgado province, Daewoo Engineering & Construction has received a $500-million contract to build two trains at the Afungi liquefaction site in Palma.

Although the contract is conditional, Daewoo E&C said it could exceed the initial investment of $500 million.

Once completed, the trains are expected to be capable of transporting 6.4 million tonnes of gas from Mozambique’s LNG fields in the Rovuma basin.

LNG exports from Mozambique’s gas fields in the country’s far north-west are expected to come on line in 2024.

The coastal hamlet of Palma, where Total’s liquid natural gas project is situated, is also the site where South African émigré and entrepreneur Andre Hanekom had infrastructural interests serving a fishing concern.

Hanekom died after much cloak-and-dagger wrangling, particularly by Mozambican authorities. He was accused of aiding and abetting vicious rebel attacks that were said to have been launched from southern Tanzania into Mozambique.

However, these accusations of colluding with insurrectionist forces were never proven.

Inside sources believe his demise, leading to his death in a prison hospital, was devised by interests who wanted him dislodged from what has become the most lucrative resource exploration site in modern times. – Staff reporter