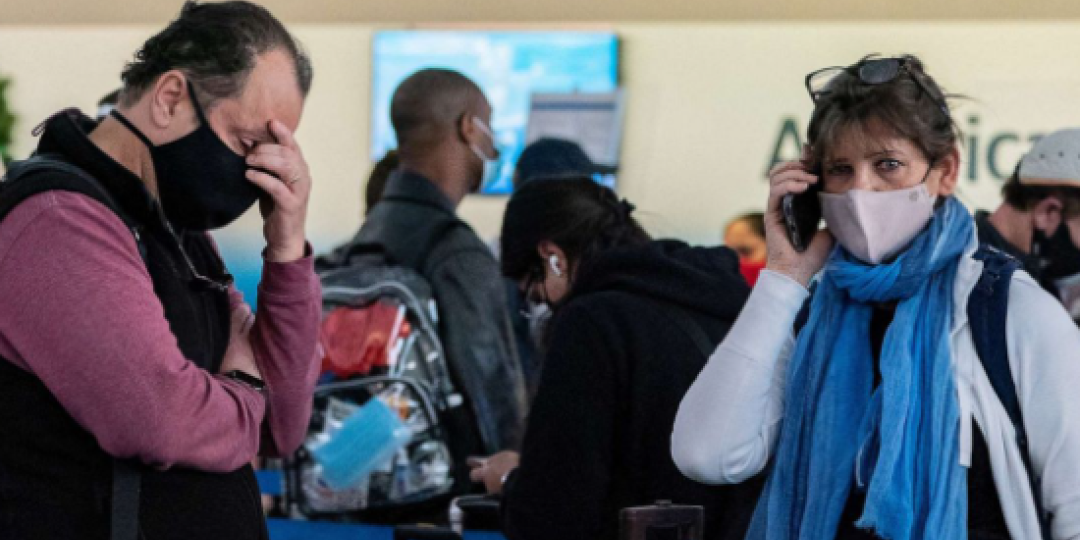 The airline industry has been a headache since the Covid outbreak. Source: ABC News
0 Comments

However, they also believe there are new opportunities for airlines and airports where traveller numbers have started to recover.

Matthew Findlay, director, global markets, Ailevon Pacific Aviation Consulting, encouraged airports to use this time of uncertainty to look for new airline business and new services. “No airport, anywhere in the world, can afford to be complacent.

"Just because you had a service in 2019, doesn’t mean you’re going to get it back in 2022. Airlines will experiment with things that they used to think were dilly.

"Those airports that are proactive need to get out there and work with the public and private sectors.

"You could have some really great success in the coming years as things just won’t be the same!”

OAG chief analyst, John Grant, and Findlay took part in the panel discussion – hosted by Becca Rowland, Partner at MIDAS Aviation – debating factors that were driving air travel in 2022 and offering an assessment of the latest airline capacity.

Omicron has negatively impacted consumer confidence and demand, and high jet fuel prices (63% up on a year ago) were also a major challenge for the airline industry.

While capacity had recovered to within 20% of 2019 figures in nine of the 15 biggest air traffic markets in the world (based on capacity), including in China and the US, the panel agreed that poor demand would prevent many airlines from adding more seats in the near term – especially on international routes. OAG defines capacity as “departing seats”. No markets in Africa were featured in the research (Africa represents 2% of global airlines’ capacity).

The research also showed that the recovery of airline seat capacity has been slowest in places where strict travel restrictions have been imposed, like Indonesia, Australia, Germany, Japan and the UK. Grant said the performance pointed to “how powerful authorities have been in trying to clamp down on Covid-19”.

The panellists agreed that consumer demand had become “really sensitive” since the discovery of Omicron. Travellers are still booking late, and OAG’s research confirmed that most of the demand was for domestic flights. The experts predict more competition among airlines on domestic routes this year, where traffic has recovered faster than on international routes.

Load factors were still not where they should be, the panel agreed. However, there could be a slight boom in traffic in March and April, with many travellers still holding vouchers for travel within that period.

Another glimmer of hope is that Omicron infection rates have started to slow down, particularly in Europe, and the panel said this could mean the impact of the new variant would be short-lived. But travel restrictions are still fluid and subject to change and are something airlines will still need to navigate around in 2022.

“Airlines are finding any pocket of revenue they can possibly tap. That’s why in some markets, you see that they have diverted aircraft on to domestic routes,” said Findlay. “If you’re able to segment it enough (a domestic market), there should be enough for each airline to succeed in each of the markets that they choose to focus on,” he said.

But he felt that it would take a crystal ball to predict which airlines would survive in 2022, and which would go.

According to the panel, other factors necessary to get air travel moving again include better vaccine delivery and vaccination rates worldwide, especially in Africa, where challenges range from the remoteness of some regions to vaccines arriving with only a short shelf life.

Global vaccine passport trials also came under discussion. Less than 10% of airlines had signed up and very few low-cost carriers are participating in the trials.