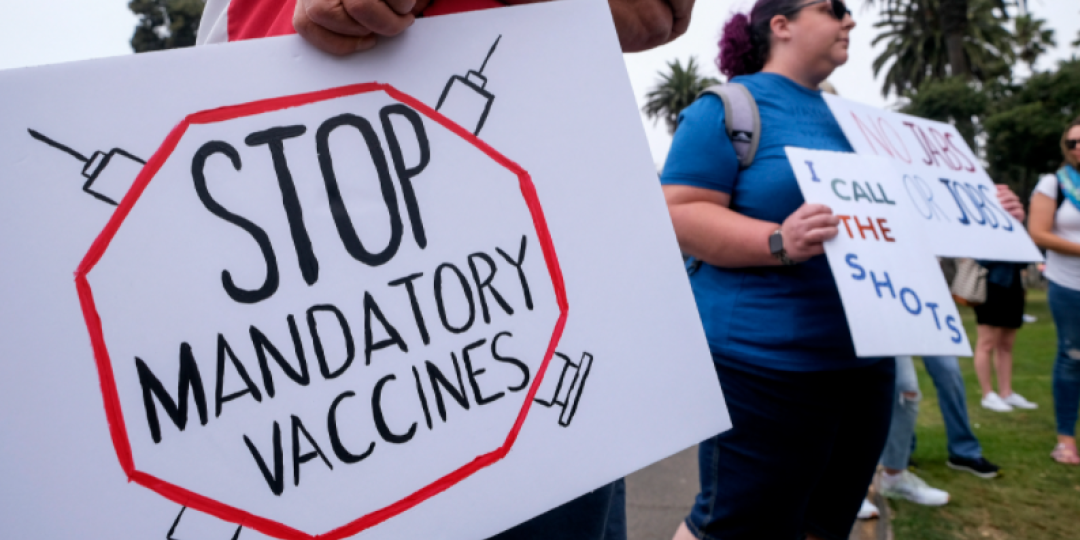 Mandatory vaccination has met resistance all over the world. Source: NBC
0 Comments

Lawyers acting for the National Employers’ Association of South Africa (Neasa) and four other business organisations have sent a letter regarding the issue of mandatory vaccination to the presidency.

“Our clients are opposed to state-driven mandatory vaccination policies and monitoring mechanisms such as vaccine passports, penalisation and exclusion of unvaccinated persons, and regulatory obligations on business to aid and enforce mandatory measures," the organisations say.

“We bring to your attention that our clients have not been consulted and that any process which purports to have done so, is flawed."

They have called on government to include their clients in its consultation process to ensure that all perspectives are recognised and considered.

The letter follows what they call “incorrect statements” by President Cyril Ramaphosa in his televised address on November 28 indicating "broad agreement on the need for such measures (a state-driven policy of mandatory vaccination) from business, among others”.

“Blanket statements to the effect that ‘business supports’ a policy of state-driven mandatory vaccination and monitoring are false, misconstrue reality, and point at the very least to severe shortcomings in government’s consultation processes. In truth, there is significant opposition and disagreement, not only among businesses, but in society in general about such measures.”