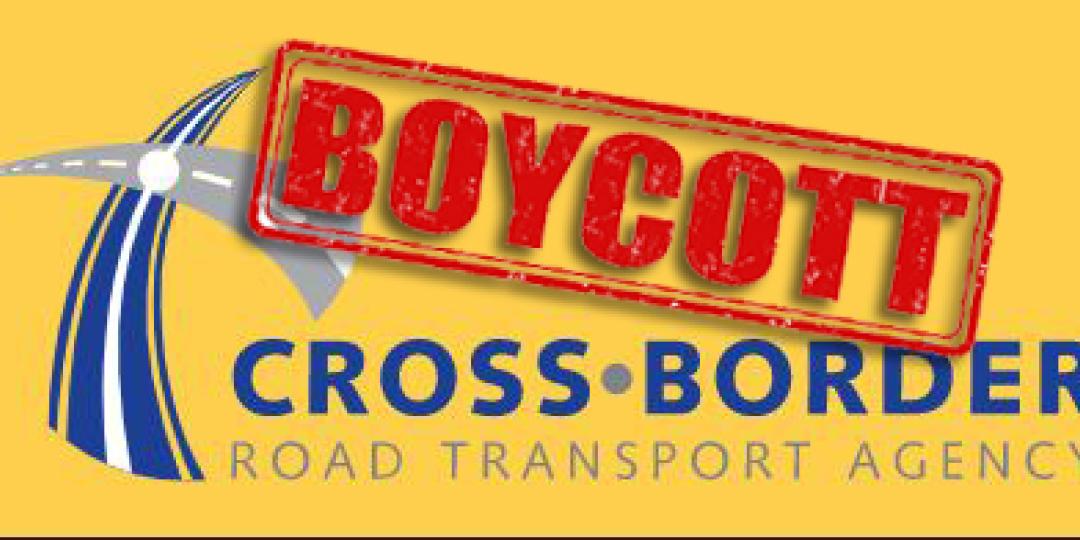 Growing frustration at the inability of border authorities, specifically the Cross-border Road Transport Agency (CBRTA), to deal with the congestion experienced at South Africa’s Beitbridge border into Zimbabwe is fomenting calls for a boycott of the agency.

Over the weekend members of the Transit Assistance Bureau (Transist) suggested that if the CBRTA couldn’t help transporters with their appeals to unblock the border, perhaps road hauliers should refuse to pay for cross-border permits (CBTs).

The call came from a Transist member who said: “We should advise CBRTA that we will no longer purchase CBTs till the border gets sorted out.”

Whether such a response to the trade impediments experienced at the border is possible, remains to be seen.

Severely congested for the past three weeks, Beitbridge has become the biggest challenge for cross-border trade on the North-South Corridor (NSC) linking South Africa with the Copperbelt of Zambia and the Democratic Republic of the Congo through Zimbabwe.

It’s not the first time either that the regularly over-burdened Limpopo River crossing has resulted in corruption and criminality, with drivers being bribed by law enforcers by day and attacked by armed robbers at night.

A clearing agent based in Musina last week said efforts to help with administration while drivers were stuck in the queue, often for three days and longer, were only possible by day as they had to withdraw come nightfall.

Commenting on last week’s incidents of robbery at knife point, in which one driver was stabbed and hospitalised, another freight industry representative said a syndicate known as Maguma Guma apparently targeted the truckers who queued for days at the post.

Responding to pleas that something urgent be done and that the CBRTA’s very mandate stated that its primary responsibility was to advance the interests of cross-border transporters, an irate Transist member said: “They’ve never done anything.

“Around 2008 they increased fees. It was 1 April. We thought it was an April Fool’s joke.”

At a subsequent meeting the CBRTA apparently owned up to accusations of inaction back then – accusations that have not gone away and that now, given the mess truck drivers have to endure south of the border, have flared up once more.

“What have they done,” the Transist member stressed. “Nothing!”

With regard to the NSC’s worrying position as a trade corridor carrying dwindling volumes back and forth between the Copperbelt and the Port of Durban, another Transist member noted that until government agencies such as the CBRTA “move forward with their thinking and fit into the regional planning and mandate, we have no hope as the private sector.

“They are playing right into the hands of our neighbours who have realised that a huge opportunity has fallen right into their respective laps.”

The transporter added: “Zimbabwe has realised that they no longer have to depend on South Africa for exports and imports.

“Their trade route is shifting to Beira, along with Zambia, who now have the Port of Walvis Bay as a second option, and Angola (Port of Lobito) in the wings.”

If South African regional trade concerns, especially public representatives, don’t react without wasting any further time, Beitbridge and its many challenges could be the undoing of South Africa’s logistical presence on the NSC, transporters warn.