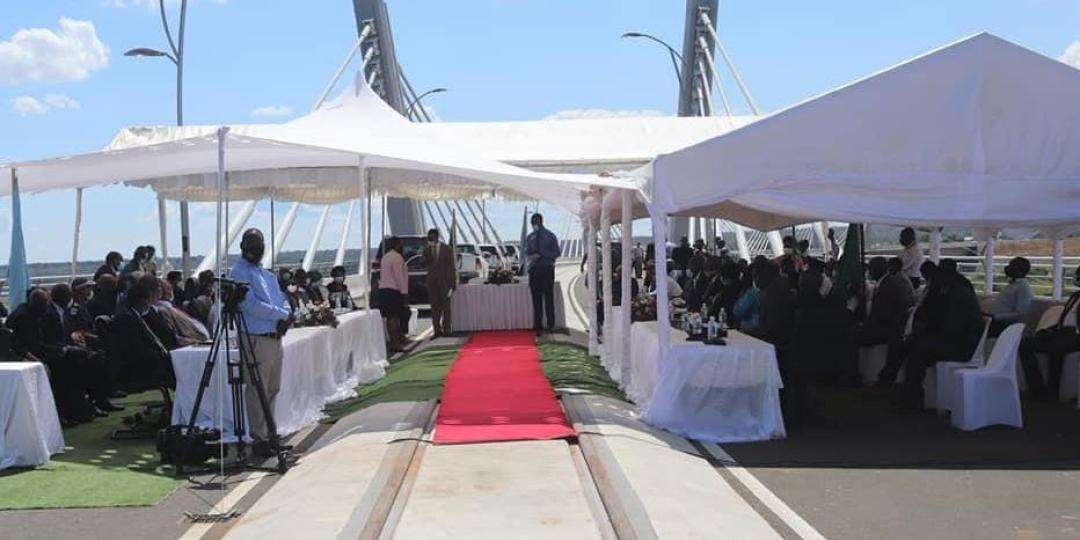 Under marquee cover, with the Kazungula Bridge in the background, government officials from Botswana and Zambia on Wednesday concluded one of the requirements necessary to start using the new multimodal link – the signing of a bilateral agreement.

Following a visit by Zambian officials to One Stop Border Post (OSBP) facilities days earlier, the long-awaited Kazungula OSBP seems on course to be opened on May 10 as planned.

Toll fares, for one, are yet to be officially announced.

According to Mike Fitzmaurice, chief director of the Federation of East and Southern African Road Transport Associations (Fesarta), Wednesday’s signing ceremony on the shores of the Zambezi was attended by, among others, Sydney Chibbabbuka, Commissioner for Customs & Excise at the Zambia Revenue Authority (ZRA).

“Be that as it may, I am concerned that the tolling fees for the bridge have not officially been gazetted, which is a legal requirement before an official opening,” Fitzmaurice said.

Other expressions of interest and concern are also fast emerging, especially from Namibia which views the bridge as a vital component in increasing volume on the Walvis Bay-Ndola-Lubumbashi Corridor.

A source from the Walvis Bay Corridor Group has already indicated that they are moving into position to further promote use of their port on the back of enhanced logistics at Kazungula.

Reduced dependence on pontoons to cross the river also comes with its challenges as spiking volume through Kazungula could affect nearby border crossings constrained by capacity shortfalls.

Yesterday Lesley Mpofu, executive director of the Trans-Kalahari Corridor Secretariat, explained that it was all fair and well to have a new bridge across the Zambezi, but another thing altogether if related borders in the integrated systems of cross-border linkages lacked the capacity to absorb the expected volume increase at Kazungula.

One of these crossings, he said, was the Martins Drift-Groblersburg transit between Botswana and South Africa, whose single-lane bridge would not be able to cope with increased traffic from Kazungula.