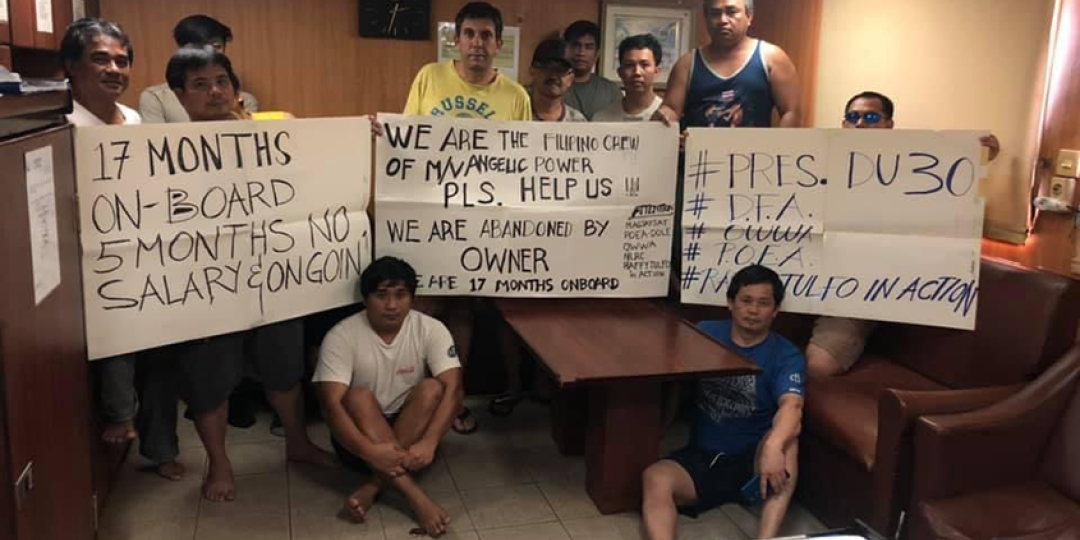 Crews of abandoned ships should not have to beg to be allowed home. It is a basic human right. The crew of MV Angelic Power have now been repatriated, after up to 17 months on the ship. Source: ITF
0 Comments

After another lengthy ‘incarceration’ for seafarers trapped aboard an abandoned ship pending the resolution of a financial dispute between the cargo receiver and the ship’s owner has led the International Transport Workers’ Federation (ITF) to call for swifter action from the authorities.

The latest case involves the bulk carrier Angelic Power – manned by nine Greek and 13 Filipino crew - which discharged its cargo at Guangzhou near Hong Kong, China in July 2020. In December, the ship was still there, and was arrested by a court over a financial dispute. Seven of the Greek crew were repatriated in April, but the remaining 15 seafarers were obliged to remain on board until just two days ago (July 21).

They were eventually repatriated following a lengthy battle in the Chinese courts. “The ITF demands swifter action from these and similar authorities who leave seafarers to fester while they concentrate on financial matters,” said Steve Trowsdale, ITF’s inspectorate coordinator.

“Some of these people were on this ship for 17 months. That has a terrible psychological effect. Now, they have finally been able to successfully disembark the ship and are able to return home to their families. Maritime courts need to do better for crew on abandoned ships all round the world.”

The Greek owners, Angeliki Dynamis Investment, and operators, Panthalassa Maritime Corp, abandoned the vessel in February and stopped paying the crew. The insurance has expired: often insurers will pay for crew repatriation.

The Filipino seafarers appointed their own lawyers who have been fighting for their repatriation in the courts.

None of them has been paid since the operators abandoned the ship. The total pay owed is US$ 221 000. It is hoped that some of that can be recovered when the Chinese court gets around to selling the ship. In the meantime, getting home is the seafarers’ main concern.