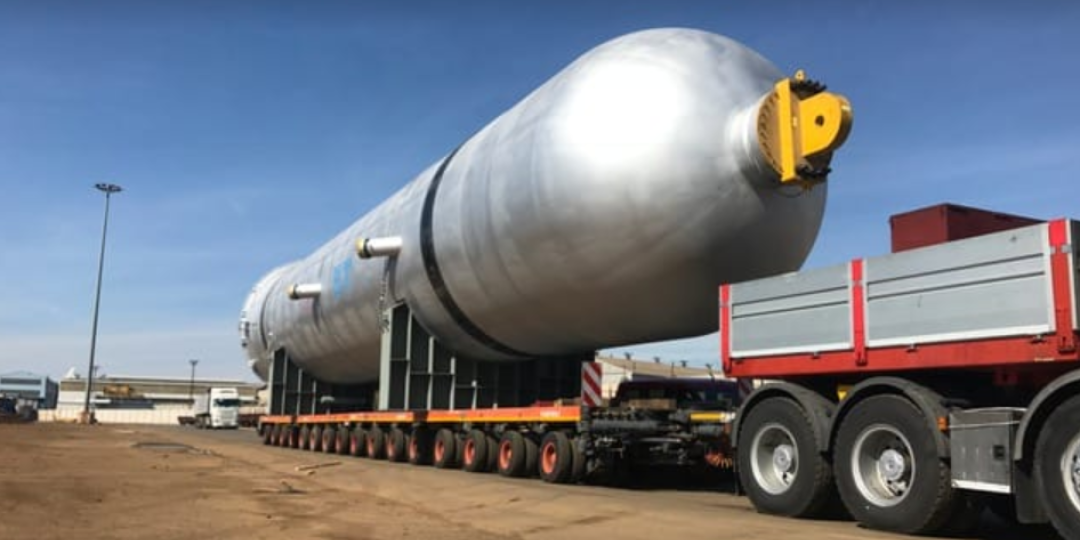 African Route Clearance Consultants (ARC) is hopeful that the build-up of abnormal loads at the Port of Durban could soon be a thing of the past. Source: ARC
0 Comments

Specialised road freight carriers battling to get abnormal loads out of the Port of Durban have reason to be optimistic that project cargo of a certain height, currently going nowhere because of route snags, will soon be on the move again.

This follows a meeting that was held between representatives from the heavy-haul industry and Transnet Property (TP), custodians of the old airport site.

The meeting was held to seek a resolution to abnormal loads currently backlogging at the port because specialised hauliers have no access way across the N2.

Yesterday it was explained to Freight News how access to the Service Road bridge across the N2 had been closed off by a gaping hole gouged out by the recent flooding in KwaZulu Natal.

It effectively closed off the conventional way for equipment of a laden height exceeding 5.1 metres to get across the N2.

Desperate to proceed north to Gauteng and the copper mines of Zambia and the Democratic Republic of the Congo, heavy-haul operators started using an alternative route through the airport grounds, directly adjacent to the bridge.

Unfortunately, poor navigation around nooks and crannies resulted in structural damage to the site on July 2, causing Transnet to close off the property for specialised heavy-haulage, effectively marooning super-size industrial machinery and equipment at the port*.

In a bid to seek recourse to the situation, abnormal load carriers even offered to fill the hole at the Service Road bridge out of their own budgets, so they could start using it as an access way once again.

That was according to Rogan Brent, Managing Director of Shanduka Specialised Transport.

However, because it was a structural engineering issue, the airport alternative remained the most viable option for the time being, said Philip Warren, Managing Director of African Route Clearance Consultants.

Commenting on last night’s meeting, Brent said heavy-haul transporters were waiting for Transnet to provide industry with a guideline as to how an alternative route through the airport would work.

He said he had every confidence that this would happen before week’s end as the meeting was constructive and conducted in the spirit of finding a working solution to the abnormal loads issue.

“We should probably start seeing first loads using the proposed route within the next couple of days. We have confirmed the metrics of the loads, the sizes and heights and so forth, and there seems to be no reason why this route should not be used.”

He added that, provided the passage through the airport was done with proper supervision, the airport alternative should be the route to take in the interim.

“I think they (Transnet) are thinking of this as a fairly long-term solution. They are being pro-active but are also aware of the risks involved, so this matter is with their legal department at the moment, looking at all the necessary angles.

“We are optimistic, though, that we will soon see the backlog of abnormal loads getting cleared out of the port.”

What does it all boil down to?

Warren explained that specialised carriers heading west on the left side of the N2 would turn left instead of right as they would ordinarily do to use the bridge.

From there, specialised transporters will navigate about 485 metres through the airport site before proceeding for about two kilometres along the highway to an alternative bridge taking them across the highway towards the R102 out of Durban.

* Read this for context: https://tinyurl.com/msyjm7hv