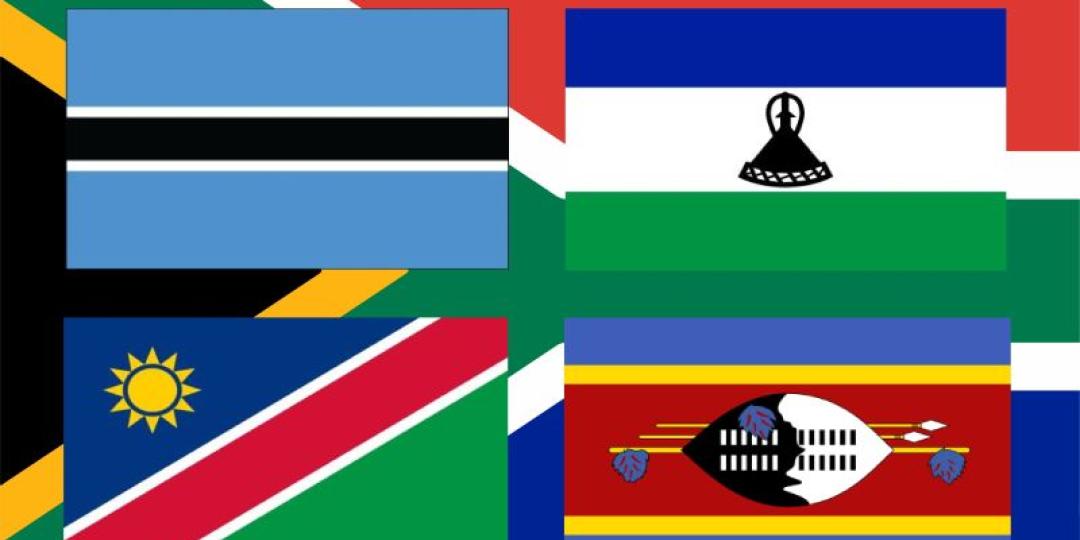 In just over two years, the Southern African Customs Union (SACU) will celebrate its 110th anniversary.

The economic structure of the union links the member states by a single tariff and no customs duties between them. The member states form a single customs territory in which tariffs and other barriers are eliminated on all trade between the members for products originating in these countries. But despite being the world’s oldest customs union, and having undergone several amendments to its trade and customs policies, South Africa, Botswana, Lesotho, Namibia and Swaziland remain dissatisfied about what each country claims are nationally prejudicial rules and policies.

Many articles have been written of late around the topic of the possible exit of South Africa from the SACU. The common reason put forward by several commentators is the fact that due to South Africa sharing a substantial amount of revenue with its sharing partners, the BLNS member states – namely Botswana, Lesotho, Namibia and Swaziland - the sharing ratio seems grossly unfair relative to the amount of revenue generated by SA compared to the member states. This argument was supported by data released by SACU in the 2015/2016 financial year end.

With regards to the “imbalanced” sharing of revenue, one must look at the actual trade data that exists between the partner countries and the Republic in order to fully understand South Africa’s decision to remain in the SACU for as long as it has. Surely there must be some benefit to our Republic or are we just being very philanthropic by nature. One needs to critically evaluate and carefully analyse the facts and figures as presented to us by SACU in order to ascertain a stance on whether or not South Africa will end up exiting the union. It must be noted that several revisions have been made to the revenue sharing formula and no member states have exited during the lengthy existence of the union so even if there is speculation about talks of an exit, it could merely lead to yet another revision.

In 2014, South Africa imported goods worth R5 billion from Botswana and some P662 million of these imports were agricultural products - with frozen beef ranking the highest by value. On the other hand, SA’s agricultural exports to Botswana stood at R6.7 billion which is a wide margin. The data was sourced from the International Trade Centre (ITC) and Southern African Customs Unions (SACU). At first glance we would assume that South Africa has benefited in terms of a trade surplus from Botswana; however it goes beyond this notion. South Africa benefits in several ways in the free trade with Botswana. Firstly South African businesses would save on import duties and transport costs on importing frozen beef as opposed to importing this from Australia for example. Furthermore Botswana’s agricultural imports into South Africa allow for extended agricultural exports to the rest of the World.

“Clearly, Botswana is a major market for South Africa as all the agricultural lines show South Africa as having a market share of at least 90% in Botswana. In terms of South Africa’s exports to the world, wheat, sunflower oils, milk concentrates (powder) and rice accounted for significant shares of over 20%,” the paper noted.

The main products imported from Botswana were frozen beef, sugar confectionery, hides and skins and fresh beef. The beef, hides and skins, and sugar confectionery imports all made a significant contribution to the total South African imports and conversely, most of the exports to South Africa represented a significant portion of the exports from Botswana in those lines.

Maize was South Africa’s top agricultural export to Botswana in 2014 followed by sugar and wheat. Rice accounted for a fairly high share, highlighting Botswana as one of the main consumers of South African rice with a share of close to 30% and above during the period 2010 to 2014. On the other hand, trade in Lesotho reveals their main export partners to be the

US and Europe, exported goods being garments which account for about 53% and other exports including diamonds 47% (2008). However small the contribution may seem, it is still a contribution toward the coherent sustenance of the SACU.

Looking at another BLNS member state, Namibia is a country that is vital to South Africa in terms of transit shipments which again benefit South African forwarding agents and transporters - this due to the country’s coastal port of Walvis Bay conveniently situated in the wouth western part of Africa. RIT shipments move from Namibia to South Africa for export to the European and Asian markets. The RIT customs process takes place through SACU structures that lead to a seamless and hassle-free cross border movement of the imported goods. Trade between Namibia and South Africa also sees our republic enjoying a healthy trade balance both monetary wise and in global trade. We import significantly less from Namibia than we export and this gives rise to a higher trade surplus on an annual basis.

A country’s exports are important in maintaining a trade surplus and every country therefore strives to export more and as far as possible keep imports to a minimum, thus promoting local manufacturing and exports alike. Namibia imports almost all (66% - as per tradingeconomics.com) of its goods from South Africa, Namibia's exports consist mainly of diamonds and other minerals, fish products, beef and meat products, karakul sheep pelts, and light manufactures. Namibia imports food products, petroleum products and fuel, machinery and equipment and chemicals. South Africa is Namibia’s major import partner (66% of total imports as cited above), followed by the Netherlands, United Kingdom and China. Namibia also contributes to about 5% of SACU exports.

Swaziland depends on South Africa, from which it receives over 90% of its imports and to which it sends about 70% of its exports. The revenue generated by the Republic is substantial and the duty-free incentive makes trade more feasible. Swaziland’s other key trading partners are the United States and the EU, from which the country has received trade preferences for apparel exports (under the African Growth and Opportunity Act – Agoa – to the US) and for sugar (to the EU). Under these agreements, both apparel and sugar exports did well, with rapid growth and a strong inflow of foreign direct investment. Textile exports for example grew by over 200% between 2000 and 2005 while sugar exports increased by more than 50% over the same period. Swaziland is the fourth-largest producer of sugar in Africa and is 25th in production in the world.

Let us also look at the repercussions of South Africa exiting the SACU. The most obvious would be the demise of the World’s oldest customs union; then obviously neighbouring states would look at imposing duties on imported and exported goods which could then put a damper on South Africa’s exports to and imports from the BLNS states. This will in turn affect our general trade with other regions of the world. Furthermore our agricultural exports to the rest of the world will decline and our trade diversity will also suffer. BLNS member states are rich in natural resources and having them under the SACU agreement is of great benefit to us.

It must also be noted that SACU customs revenue only contributes to 1% of the country’s GDP, and whilst R 30 billion loss due to sharing revenue may seem a large amount, it is a minor contribution to our overall GDP and as such we need to take cognisance of the fact that SA actually derives a great deal of savings and increased trade between member states in exchange for the “donated” revenue.

Inter-regional trade between SACU member states also benefits South African businesses, particularly in the transport, freight forwarding and logistics sector. As unjust as it may appear that we need to share our revenue with member states, we must take cognisance of the benefits made available to us by the member states in accordance with the primary goal of SACU - namely the promotion and coordination of inter-regional trade. Our significant contributions toward member states augur well for our diplomatic relations. As mentioned earlier, revenue sharing revisions are always available to keep the SACU alive without forcing an exit upon any particular member state.

I don’t consider myself prophetic by nature so the verdict that follows is purely a personal view based on the analysis of trade data and economics between our country and the BLNS member states; my verdict is that South Africa will remain a member of the SACU for as long as the sun rises… and the Southern African Customs Union will still be in existence in 2020 to celebrate the 110th anniversary as the World’s oldest customs union.

NOTE ABOUT THE AUTHOR: Devlyn Naidoo is currently a facilitator and customs mentor at the SA Maritime School and Transport College (SAMS), a privately owned college that provides training and skills development in international trade, freight handling and customs compliance.