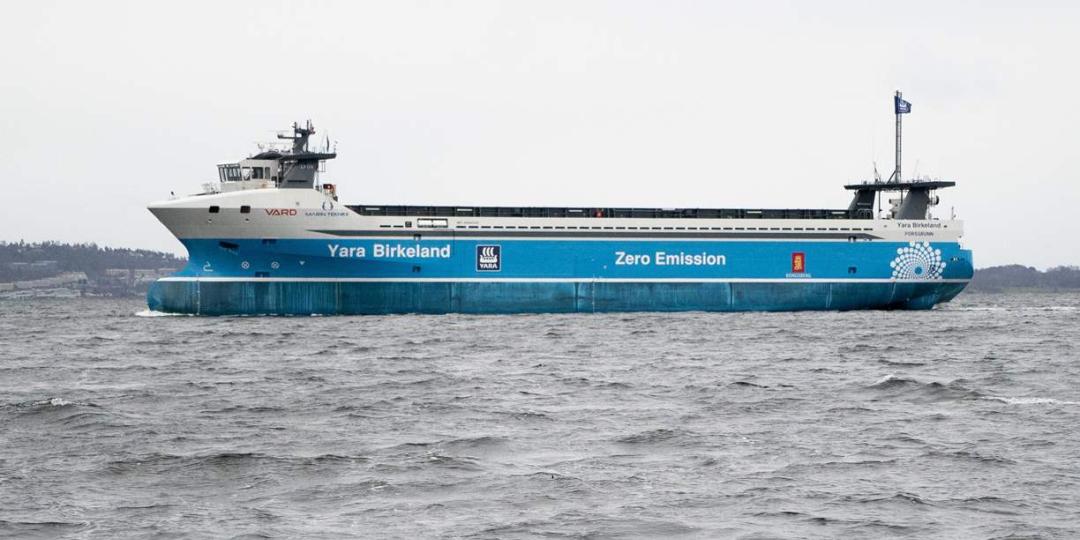 It will be used to transport fertiliser between Porsgrunn and Brevik.

Plans for the construction of the vessel – the world's first all-electric and autonomous container ship - were announced back in 2017.

Its launch marks the start of a two-year testing period of the technology that will make the ship self-propelled, and finally certified as an autonomous, all-electric container ship.

The 80-metre-long vessel has capacity for 120 TEUs and the cost of construction is estimated at $25 million.

In parallel with the project, Yara has initiated the development of green ammonia as an emission-free fuel for shipping, through its newly launched Yara Clean Ammonia.

“Renewable energy was our starting point in 1905. Now, ammonia can bring us back to our roots. Our large shipping network and existing infrastructure means that ammonia has the potential to become the leading fuel for long-distance shipping globally,” says Magnus Krogh Ankarstrand, CEO of Yara Clean Ammonia.

As the world's largest producer of fertilisers, Yara relies on ammonia to make fertiliser, and to help feed an ever-growing population. At the same time, current ammonia production represents 2% of the world's fossil energy consumption. This corresponds with about 1.2% of the world's total greenhouse gas emissions.

"As the world's largest producer of ammonia, Yara has launched an offensive plan of international scale, both to remove current emissions and to establish the production of new, clean ammonia," says Ankarstrand.