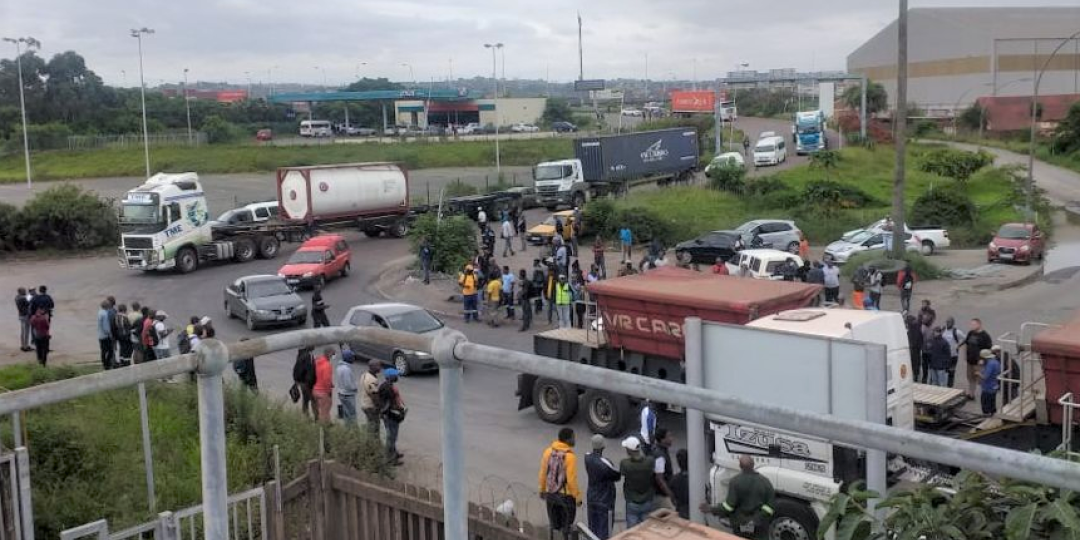 The All Truck Drivers Foundation denied that it had intimidated drivers. Source: Transit Assistance Bureau
0 Comments

eThekwini Metro police dispersed a crowd of about 100 illegal protesters who were stopping trucks near the old Durban airport site on Wednesday demanding to see truck drivers’ permits to check whether they are foreign employees.

Police spokesperson, Superintendent Parboo Sewpersad, said that metro police officers had responded to the scene where alleged members of a local truck drivers’ organisation had been pulling over trucks and demanding to see their permits.

A post circulated on WhatsApp groups on Wednesday alleged that the protesters were members of the All Truck Drivers’ Forum (ATDF).

However, ATDF denied that it had been behind the protest action.

“The metro police responded there and they dispersed the alleged ATDF members just after 10am,” Sewpersad said.

Road Freight Association CEO Gavin Kelly said the association had asked ATDF to supply details of non-compliant companies, which it had earlier alleged were flouting labour and tax legislation in the employment of foreign nationals, so that action could be taken against them.

“It is frustrating that – whilst agreement to follow a plan of action was achieved last year with the Minister of Transport and the ATDF – this sort of illegal behaviour continues,” he said.

“This behaviour will enforce the belief that South Africa is not a safe place to move your goods through.

"We are tired of this sort of behaviour where the authorities take no action to protect the rights of citizens and allow others to perform functions that are the domain of the police,” Kelly said.

The ATDF secretary distanced the organisation from the protest, attributing it to a WhatsApp-organised group called Amaphisi, which he said comprised mostly job seekers.

“I think if they go (looking) for a job peacefully there is nothing wrong, but if they go for violence and destruction it is a problem,” he said.