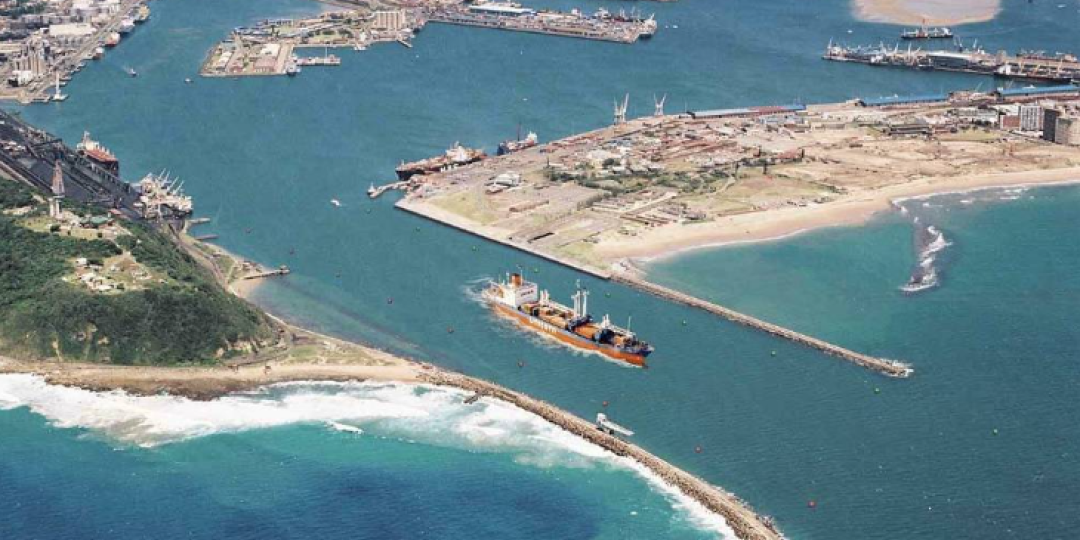 At a time when South Africa’s state-owned logistics utility faces a downgrade by Moody’s investor service due to its financial future not looking as secure as it should be (*), it emerged over the weekend that Transnet is bleeding R3 billion annually in potential revenue because of its ports.

To make matters worse, German market and consumer data researcher, Statista, has found that commodity prices have all increased significantly, with coal and wheat topping the list with quarter-on-quarter increases of 69.3% and 60.1% (see graph below).

Of course, as has been widely reported, Russia’s war on Ukraine is the principal driver for the all-round increase in commodity prices, the Organisation for Economic Co-operation and Development (OECD) has said.

The OECD’s latest outlook says, “The two countries together account for around 30% of world wheat exports, 15% of maize exports, 20% of mineral fertilisers and natural gas exports as well as 11% of oil exports.”

Had South Africa’s ports functioned optimally, it stands to reason that the local economy could substantially benefit from bearish commodity prices.

Sadly, that is not the case. Quite the opposite, actually.

According to national Sunday paper, Rapport, the Minerals Council South Africa said that iron ore output in the first quarter (Q1) of the year had fallen to levels last seen during the strongest Covid-19 lockdown restrictions in 2020.

The council apparently said dysfunctional port operations, in tandem with unreliable railway services and land border hold-ups, were the primary reasons why South Africa’s iron ore production had decreased by 7% for Q1 compared with the same period year-on-year.

The drop in value of sales is estimated to be 25%.

Considering the consistently below-average performance of the country’s ports, it comes as no surprise that the Port of Maputo is emerging as an alternative to its nearest South African competitors, a point confirmed by Chris Hattingh, senior policy analyst at the Centre for Risk Analysis.

The Freight News columnist indicated that it had become common cause for shipping lines to bypass Durban and head to Maputo further up the coast, a view confirmed by recent developments at Mozambique’s principal port.

Not too long thereafter German line Hapag Lloyd followed suit with the introduction of a similar service.

Keeping in mind Unifeeder’s express intention to home in on lucrative citrus exports from areas such as Letsitele and the Lowveld in South Africa, and a distinct picture emerges of Maputo increasing volume through Durban and Richards Bay falling short.

Hattingh told Rapport that part of the problem was under expenditure in infrastructural and equipment upgrades, a view supported by Professor Mihalis Chasomeris of the Graduate School of Business and Leadership at the University of KwaZulu-Natal.

Figures Chasomeris used to prove his point show that Transnet has, over a ten-year period, consistently underspent compared with what had been allocated.

Because of the parlous position of the country’s ports, opportunities are going a-begging, with Maputo only partly capable of taking on excess capacity.

It has, however, made significant inroads in minerals throughput from South Africa, such as R2.5 billion in chrome last year.

Because of capacity shortfalls at the ports, R70 billion in minerals were currently not being exported, said Henk Langenhoven, economic adviser to the presidency.

*Read this for context: https://tinyurl.com/44j6hu7j