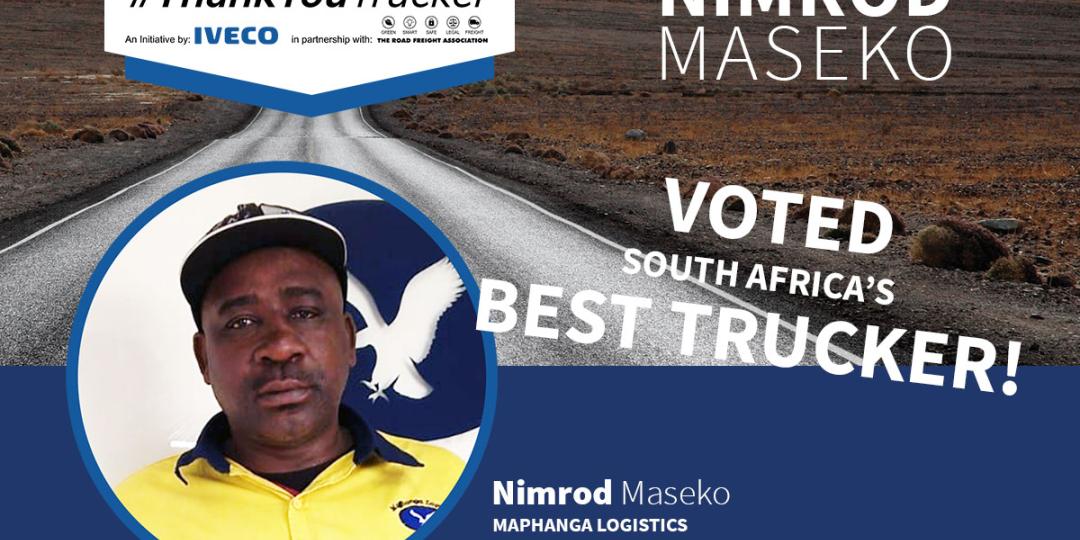 Nimrod Maseko, a truck driver at Maphanga Logistics in Mpumalanga, has taken top honours in the #ThankYouTrucker competition. Voted for by the people, Maseko was one of five finalists nominated and takes home R50 000.

Maseko’s employer said that he was a role model who encouraged his colleagues to be punctual at work because he said that he understood that his salary was only generated ‘when the wheels are turning’.

Delighted about his win, Maseko said: “I am super-excited to have won the #ThankYouTrucker competition. I am very thankful to all my colleagues and to Maphanga Logistics management for their belief in me.” Maseko has been with the company since October 2020. It has a fleet of 10 trucks and 13 drivers.

An initiative of IVECO SA and the Road Freight Association, #ThankYouTrucker recognises, celebrates and rewards the most extraordinary freight driver, a remarkable individual who goes above and beyond the call of duty. Commercial manager of IVECO SA, Martin Liebenberg, said that the support from the trucking industry and the general public for #ThankYouTrucker had been overwhelming.