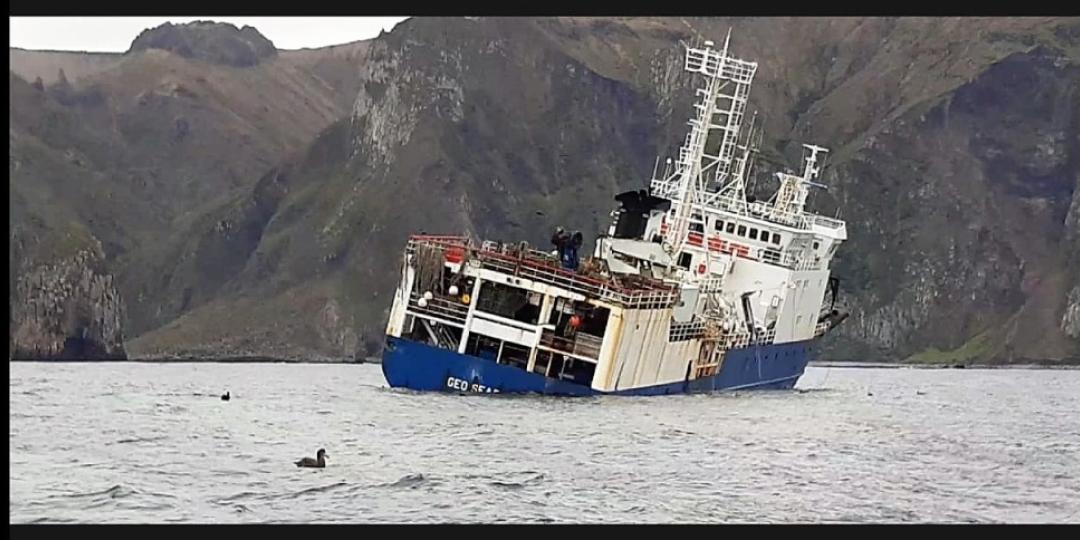 The arrival of SA’s polar research vessel SA Agulhas II at Cape Town’s Eastern Mole earlier this week marked the end of an arduous 5 000-kilometre journey for the 60 seafarers on board , 47 of whom are South African.

They narrowly escaped injury two weeks ago, some 2 600 kilometres deep in the Atlantic Ocean, after their Belize-flagged fishing research vessel, the Geo Searcher, sank a mile off Gough Island after it reportedly struck underwater rocks and quickly took on water and sank.

The seafarers immediately scrambled onto safety boats which helped them reach dry land. Two of them suffered minor injuries.

The SA Maritime Safety Authority (Samsa), through its Sea Watch and Rescue-linked Maritime Rescue Coordinating Centre (MRCC) based in Cape Town, co-ordinated the entire rescue mission, working hand in glove with various institutions and state departments, including the department of environment, forestry and fisheries (Deff), owners of the SA Agulhas II.

It represented Samsa’s biggest sea rescue mission in over a decade, according to the organisation.