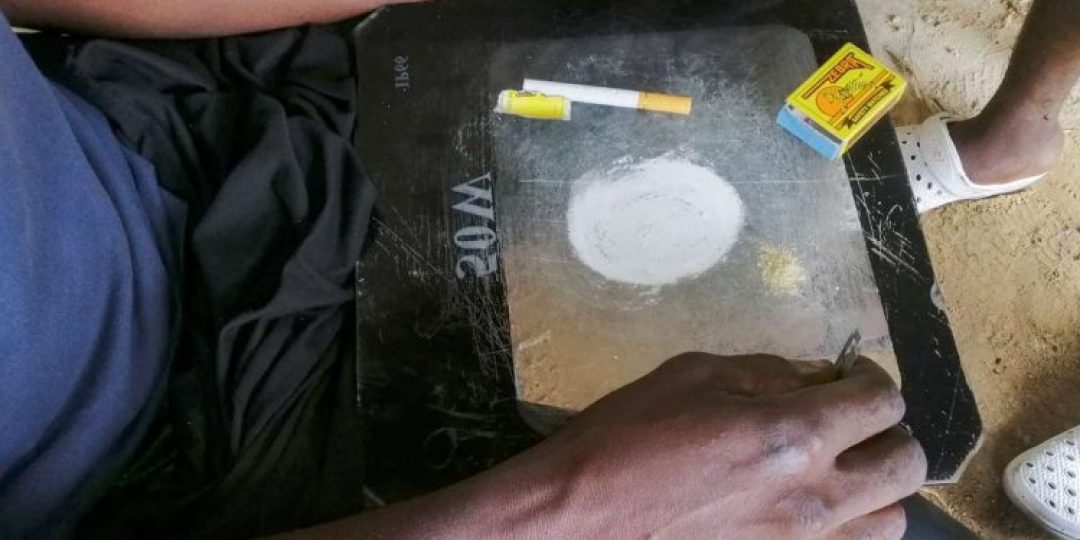 A user prepares for a hit of crushed ceramic powder from a catalytic converter. Source: Benoit Nyemba, Reuters.
0 Comments

A strange and extremely dangerous drug craze that started in the Democratic Republic of the Congo (DRC) and involves the snorting or smoking of crushed powder from the ceramic core of catalytic converters resulted in three separate busts at OR Tambo International Airport on Friday.

The contraband, smuggled in metal drums and bags, was headed for Dubai, Jordan and the United Kingdom.

Known as “Bombe” in Lingala, a lingua franca spoken in the DRC, the brown powder intoxicant is derived from scraping used ceramic coating of the honeycomb core of exhaust fume converters.

It takes its name from the “powerful” sensation it causes when mixed with pills and ingested, and authorities in Kinshasa last year reported that the craze had triggered a campaign “to stamp out the concoction and a related rash of car theft parts”.