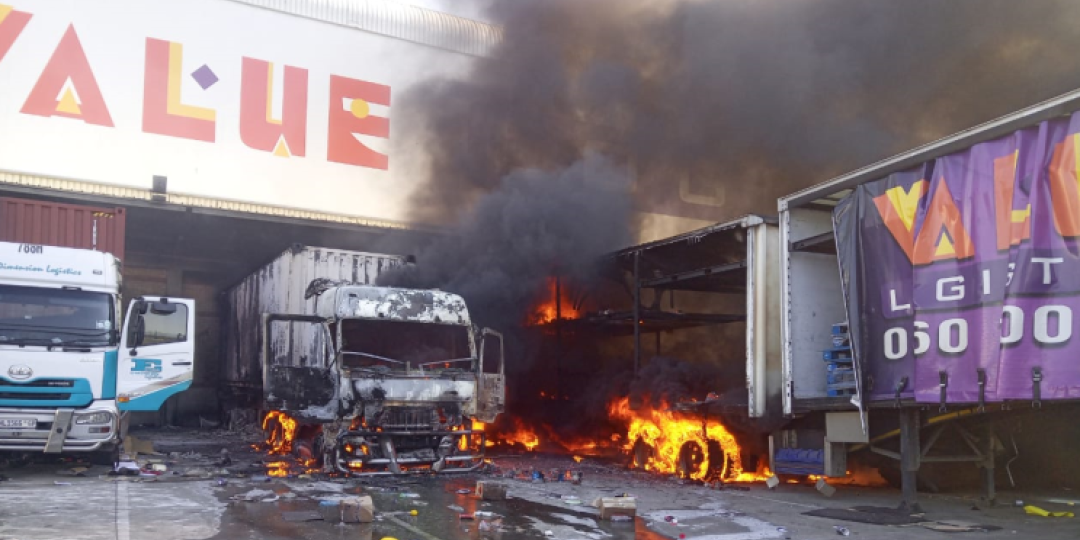 Hopes are that July’s violence in the logistics sector has been a wake-up call for the ANC government.
0 Comments

Sporadic truck burning on main roads in South Africa had inured the country to this kind of violence perpetrated on its logistics sector, political analyst Dr Ralph Mathekga told the annual conference of the South African Association of Freight Forwarders (Saaff).

“We have become used to seeing this kind of protest,” he said.

More so, the “politics of disruption”, especially under the presidency of Jacob Zuma, meant that years of warning flares had blinded the ANC government to the possibility of an escalation in violence.

So, when insurrectionist violence and subsequent looting laid waste to supply chain facilities across KwaZulu Natal and Gauteng, the government was caught completely off guard, having no idea how to respond to a situation that had been on the cards for some time.

Apart from bemoaning the fact that transporters had found themselves at the receiving end of factionalists using truck torching as “weapons of choice” to spread terror, Mathekga also mentioned local politics.

With South Africa fast approaching local government elections in November, he said it was not too difficult to see the hand of disgruntlement at local level in what happened in July.

Accordingly, whether the mayhem was carefully orchestrated behind the scenes, Mathekga mentioned that it had been more a case of the country being primed for anarchy.

The fact that the looting and destruction of logistical property had been done by ANC supporters egged on by Zuma loyalists, struck at the core of the ruling party and had asked serious questions of President Cyril Ramaphosa, he said.

So, what are supply chain operators to make of this?

Rather than let a “good crisis go to waste”, Mathekga added that he believed Ramaphosa had done the right thing by shuffling his Cabinet and making the necessary changes to the security cluster.

Moreover, he said he believed that the ANC had been weakened by what had happened in July, and that with the security cluster changes rung in by Ramaphosa, the government appeared determined to avoid a reoccurrence of July’s violence.

Does it mean that transporters and related supply chain operators can expect greater security in the future?

One can only hope.