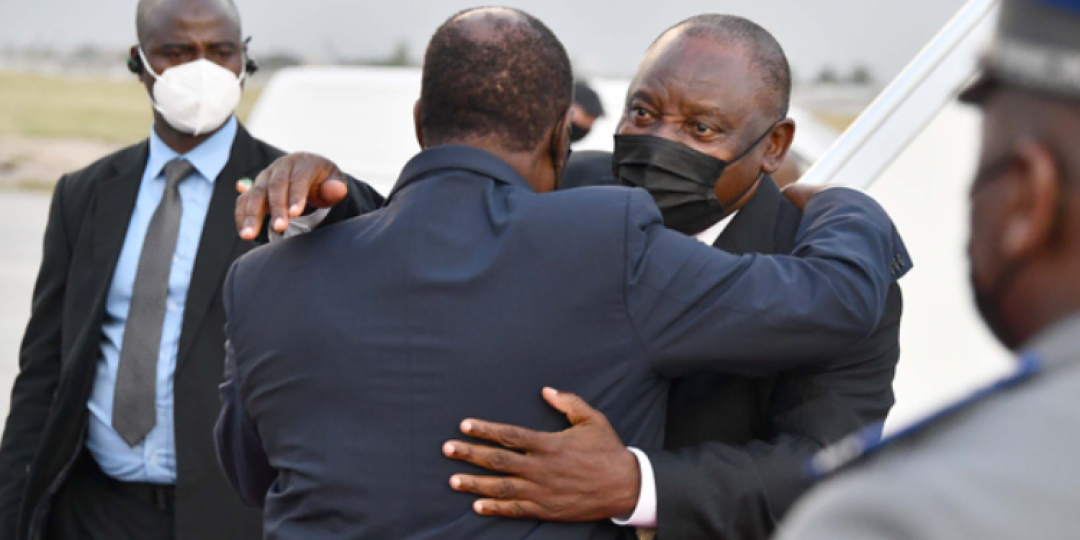 President Cyril Ramaphosa being welcomed by the President of the Republic of Côte d'Ivoire, Alassane Ouattara, at the Félix Houphouët Boigny International Airport in Abidjan. Source: Elmond Jiyane, GCIS.
0 Comments

Yesterday saw the signing of ten memoranda of understanding and agreements in various areas of cooperation between South Africa and Côte d’Ivoire during a state visit by President Cyril Ramaphosa to the West African country.

The agreements cover areas such as defence, agriculture, a bilateral air services agreement, a cooperation agreement in the field of youth matters, and an agreement on economic and technical cooperation in the fields of energy, geology, mines and metallurgy, among others.

Ramaphosa said that he and his Ivorian counterpart, President Alassane Ouattara, had agreed to work together on multilateral and global issues of mutual concern, including the reform of the UN Security Council.

“Based on the priorities and comparative advantages of both our countries, we have agreed on the need to increase investment in value addition in agriculture and agro-processing, and in the development of the mining sector,” Ramaphosa said.

“We are looking to expand trade in petroleum products, fresh produce, retail and agricultural products, and to explore opportunities for medical and educational tourism,” he added.

He said several state-owned enterprises were negotiating investment promotion activities in sectors such as oil and gas, mining and geoscience.

“By increasing economic cooperation, the two nations are looking to address the common challenges of poverty, unemployment and inequality, with a particular focus on the empowerment of women, youth and people with disabilities.”

Today Ramaphosa and his counterpart will address a forum that brings together business people to promote trade and investment between the two countries. – SAnews.gov.za