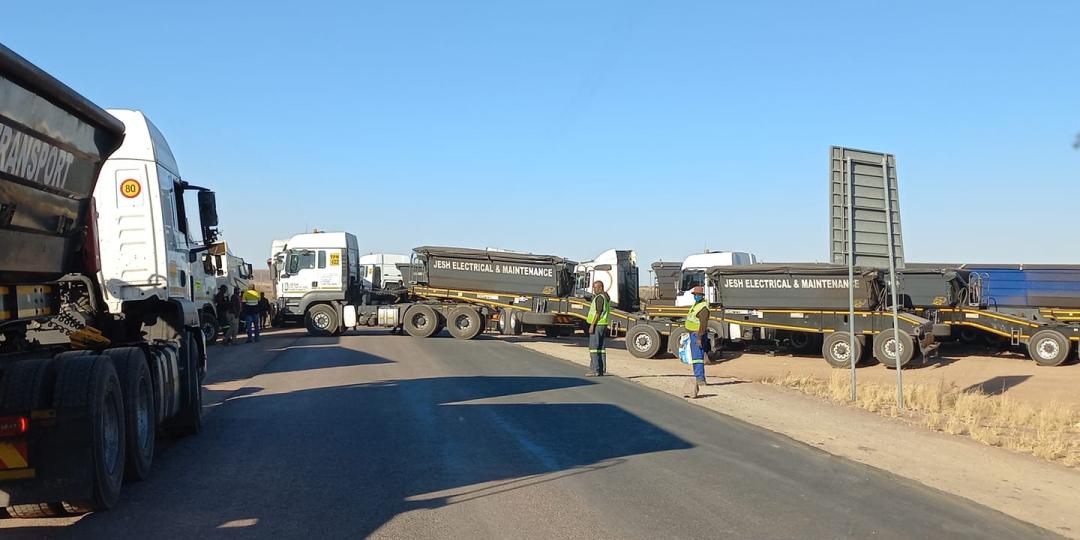 Truck drivers are blockading the Ariamsvlei Border Post in Namibia, presumably because of rigid testing for Covid-19.
0 Comments

Resistance to rigid testing measures for Covid-19 has led to a blockade made up of rigs and other trucks at one of the quieter and most fluid borders in the southern African region - Ariamsvlei.

This after long-distance truckers on the Namibian side of that country's border towards Upington in South Africa decided it was time to voice their frustration at the 72-hour validity period of the polymerase chain reaction swab, commonly called the PCR test.

This morning, on day two at least of the blockade, Mike Fitzmaurice, chief executive of the Federation of East and Southern African Road Transport Associations, explained that drivers were fed-up with the treatment they were receiving.

He said if one took into consideration that these drivers were possibly tested in Windhoek and had long stretches to complete on the southern journey to Ariamsvlei, it was very likely that they could exceed the three-day legitimacy of a PCR result.

"It's possible that they can be tested in Keetmanshoop (much closer to the border), but in all likelihood they gun for the border, having been tested in WIndhoek. With a heavy load, that journey can take anything up to a day and half at least. If anything happens along the way, not forgetting possible holdups at the border itself, a PCR test would not be valid anymore."

Fitzmaurice explained that this had been one of the most challenging timeline pressures weighing on cross-border hauliers in the southern African region since the coronavirus outbreak in March last year.

Although it's understandable that health departments from the various countries found themselves caught off guard by a black swan event, it beggars belief that border posts are still not equipped with testing stations.

Fitzmaurice said Chirundu was probably an exception, but although it has a testing station it takes two days to get a result.

"Nowhere else in the region are there testing stations at borders. It's created havoc for drivers who have to get to a border post within the validity period of a PCR test, or face having to turn around and be tested again. It really is time that rapid testing be introduced at crossings throughout the region. These tests take 10 to 15 minutes - and at about R300 per test are a lot cheaper and more practical than PCR tests costing R850 to R900."