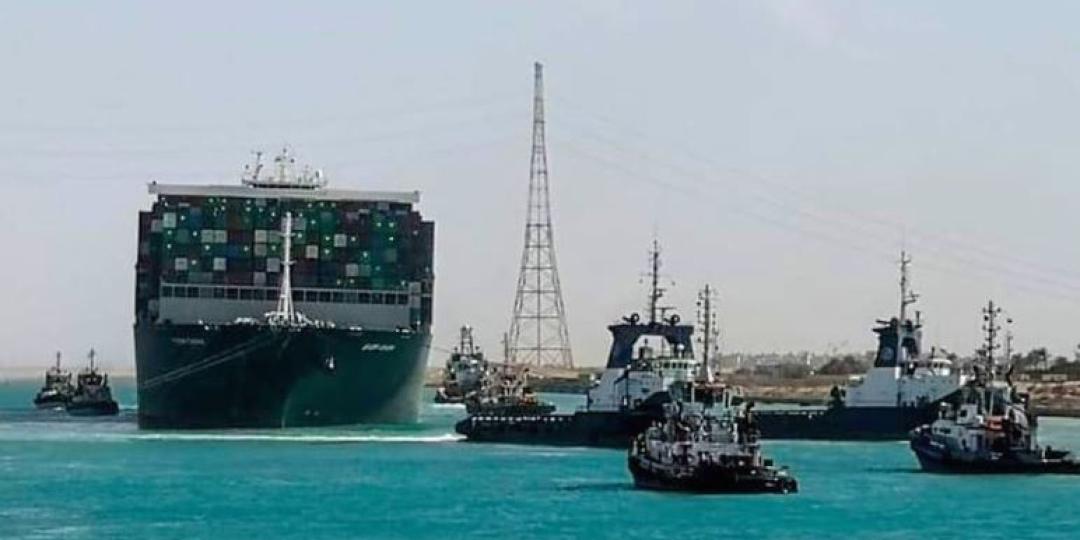 First the Ever Given got stuck when a tailwind and inadequate steering gear caused it to slip astern in the southern channel of the Suez Canal north of Port Tawfiq.

Now the 400m-long, ultra-large container vessel remains ‘marooned’ in Great Bitter Lakes almost halfway through the waterway – not because of a bow that ploughed into a sandbank but due to punitive charges.

It hogged the headlines the world over when it blocked the channel for six days - and it’s now seven weeks since the Suez Canal Authority (SCA) towed the Evergreen vessel to the Lakes where it promptly impounded the 18 300-TEU box ship.

At least the initial damages bill of $916 million, made up in part of reputational loss – $300m – and an equal amount for salvaging costs, has been slashed by $316m.

But the vessel’s Japanese owners, Shoei Kisen Kaisha (SKK), have dug in their heels, with negotiations effectively deadlocked between the SCA and UK P&I Club, the Ever Given’s protection and indemnity insurers.

SKK has also declared general average (GA), along with exercising its rights according to the International Convention on Limitation and Liability.

Accordingly, claims stemming from the much-delayed sailing will be capped at $115m – hopefully.

More importantly, invoking its convention rights suggests that the SKK will not accept the SCA’s bill, further delaying cargo on the Ever Given from reaching its various European destinations.

The ripple effect of the prolonged delay – who will have to pay what, and what the damages will ultimately amount to - can only lead to hefty charges for the cargo owners.

It’s a crippling stalemate situation and one that the SKK can also ill afford as the longer the Ever Given remains impounded, the more likely it that shippers will not accept their freight in view of the GA burden that will eventually be passed onto them.