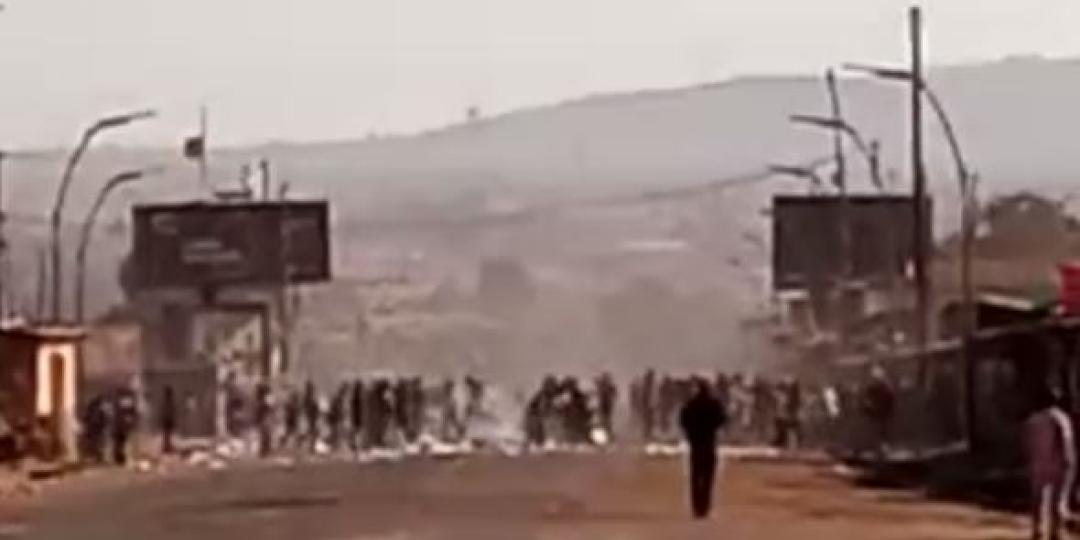 Protesters block the road into Kasumbalesa in this screengrab from a cell phone video shared with Freight News. Source: Fesarta
0 Comments

Kasumbalesa – Northbound transporters entering the Democratic Republic of the Congo’s (DRC) Haut-Katanga province have been advised that the border gates at Kasumbalesa were closed this morning.

The refusal to allow traffic from Zambia’s Copperbelt Province to enter the notoriously volatile town is said to be because of political unrest in the DRC.

Information received this morning indicated that there was ongoing resistance to the political leadership of that province.

Last week it was also reported that political dissidents around Kolwezi, north-west of Kasumbalesa, and further north towards Busanga, had preyed on truckers operating on main thoroughfares in the DRC’s copper mining area.

A long-distance driver said that truckers were congregating at a truck park in Kolwezi and that solo journeys were discouraged because of the risk of armed assailants.

In one instance assailants toting assault rifles threatened a driver with his life and immobilised his truck by removing its batteries, which were allegedly thrown into roadside thicket.