Infrastructure at the forefront for the AU 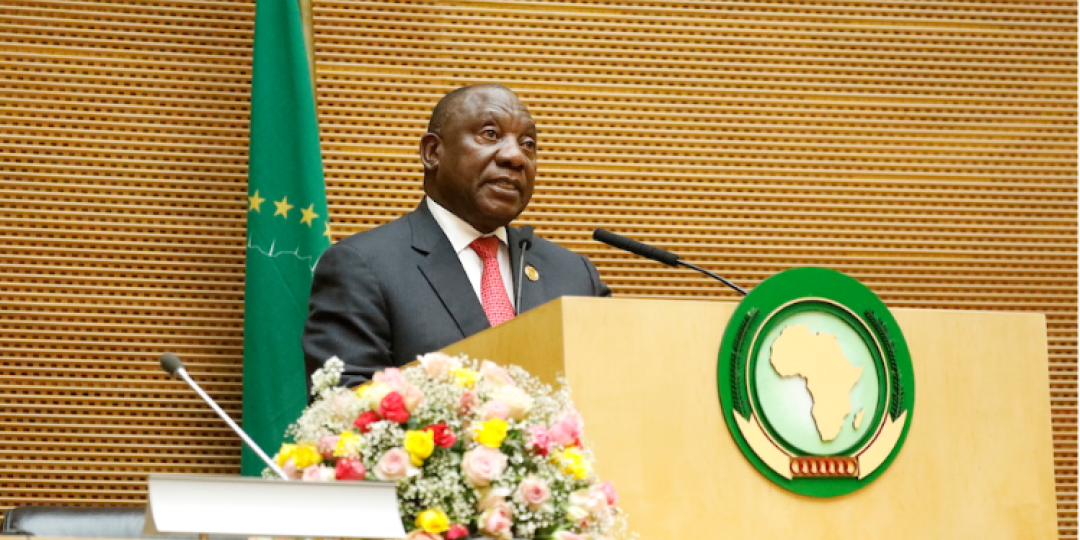 President Cyril Ramaphosa has earmarked infrastructure development as the catalyst for economic growth and industrialisation in Africa, saying South Africa will play an active role in driving this initiative.

He made the remarks during the African Union’s (AU) 33rd Ordinary Session of the Assembly of Heads of State and Government in Ethiopia over the weekend, as South Africa assumed the chair of the continental body.

“As all developing countries, we cannot sate our continent’s infrastructure hunger with our limited resources, and it goes without saying that this presents a major investment opportunity for our respective countries.

He added that infrastructure development would also provide African countries with the perfect platform to position themselves as global trading hubs.

“Ours is a continent on the rise. Consider for example that last year, 17 African countries grew by 3% to 5%, and 20 countries grew by 5% and above. Six of the fastest-growing economies in the world are in Africa,” he said.

This project, however, will not come cheaply as the continent needs between $130bn and $170bn per year to sustain the infrastructure expansion, according to the African Development Bank.

Ramaphosa added that the Presidential Infrastructure Championing Initiative (PICI) would play a critical role in fast-tracking infrastructure development throughout the continent.

The PICI has a few large-scale projects currently in the pipeline, such as the Trans-Maghreb Highway in North Africa, the North-South Road, and the Abidjan-Lagos Corridor Highway. – Bjorn Vorster