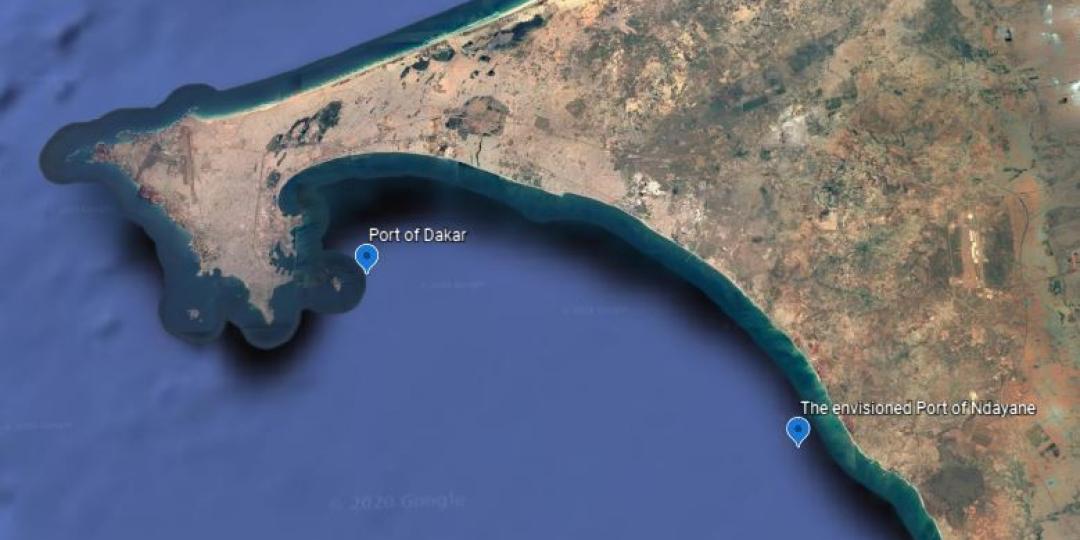 The location of the new deepwater port that DP World will build about 78 kilometres south of the Port of Dakar.
0 Comments

Ports concessionaire DP World has signed an agreement with the government of Senegal to develop a deepwater port some 78 kilometres south of the West African country’s existing commercial harbour.

The development at Ndayane was part of the company’s five-year concession for the Port of Dakar, DP World said, and was close to Blaise Diagne International Airport.

“The duration of the concession, which has two 25-year-terms, starts once operations begin at the new port,” according to a statement issued by the company.

It added that its concession for Dakar already included a plan to develop a new container terminal alongside the existing one in the port.

“However, after discussions between President Sall and Sultan Ahmed bin Sulayem, group chairman and CEO of DP World, it was agreed that it would be more appropriate for Senegal's development to carry out a more ambitious project and build an entirely new port outside the city.”

Subsequent to Sall and Sulayem’s discussions, agreements were signed in Dakar between fisheries and maritime economy minister Alioune Ndoye, the director general of the Autonomous Port of Dakar (PAD, Aboubacar Sedikh Beye, and Sulayem.

The resulting joint-venture company, DP World Dakar SA, will not only develop and operate the 300-hectare (ha) container terminal but also finance, design and develop the land and maritime infrastructure of the new 600ha port.

“The first phase of this project will see an investment by DP World Dakar of $837m, which will make it the single largest private sector investment in the history of Senegal, and is expected to be followed by a second phase investment of $290m.”

DP World also said that due to the government’s vision for the development of the Port of Ndayane as a site for the next 100 years of port activities in Senegal, the container terminal would eventually have over 3km of quay and 300ha for the container yard.

“This will enable the existing Port of Dakar to be redeveloped into a mixed-use residential and commercial waterfront and cruise terminal.”

Also envisioned for the Port of Ndayane is the development of a special economic zone to further increase the greater Dakar region’s appeal as a vibrant access point for the Ecowas region, DP World said.